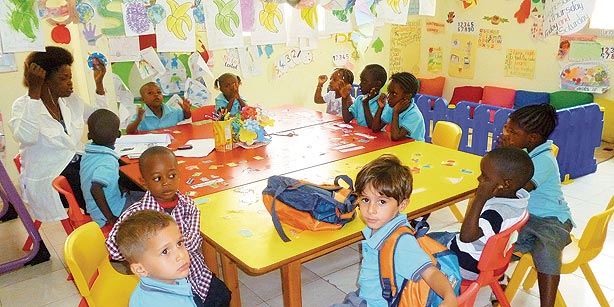 “Political vandalism against [Turkish] schools that serve the public interest is unacceptable because it is an arbitrary act,” said academic and politician Ufuk Uras.

The faith-based Hizmet movement administers a broad network of schools and more than 2,000 educational establishments in more than 120 countries around the world. These schools are well known for their achievements in the International Science Olympiads.

Mehmet Altan, a lecturer at İstanbul University, believes that preventing Turkish schools from operating overseas is part of Prime Minister Recep Tayyip Erdoğan’s personal war with the Hizmet movement. “Instead of defending himself in the courts after graft probe, the prime minister chose to adopt a hostile approach toward a group [the Hizmet movement] that he thinks contributed to the initiation of the probes,” Altan said.

The attempt to shut down the schools comes at a time when the Hizmet movement is being subjected to a smear campaign by the government in Turkey, where the prime minister and many high-level officials are implicated in a sweeping corruption scandal that became public on Dec. 17, 2013.

Bugün daily columnist Nazlı Ilıcak has said that shutting down Turkish schools overseas may harm Turkey’s interests and added that the government is looking after its own interests.

Describing the closure of the schools as inappropriate, Ilıcak said she condemns Foreign Minister Ahmet Davutoğlu for giving instructions to take a negative stance toward these schools.

According to many reports, Davutoğlu sent orders to Turkish embassies to take steps toward the closure of Turkish schools. The foreign minister has also defended instructions given to Turkish embassies and representatives abroad to have Hizmet-affiliated schools shut down.

Speaking to reporters on the sidelines of his meetings in New York, where he went to seek support for Turkey’s pursuit of non-permanent membership on the UN Security Council (UNSC) for the 2015-2016 term, Davutoğlu said the reason behind the orders was that a number of foreign civil society representatives had sent letters to officials in their countries in which they lodged complaints about Turkey.

Veteran journalist Yavuz Baydar described Turkish schools as one of the most important civil society efforts to open Turkey to the world and to become a global player. “Preventing the activities of those [Turkish] schools when there are also many problems with Turkey’s domestic policies is nothing but [Turkey] shooting itself in the foot,” said Baydar.

Taha Akyol, a columnist for the Hürriyet daily, said the government should remember that Turkish schools overseas serve as a bridge between Turkey and other countries, adding that Turkey’s domestic policies should not be involved in its foreign policy.

Praising the schools established by the Hizmet movement, Akyol said, “I find the government’s hostile approach, which is based on political arguments, toward these [Turkish] schools absolutely wrong.”

Erdoğan personally asked Kurdistan Regional Government (KRG) Prime Minister Nechirvan Barzani to close down Turkish schools in the autonomous region of northern Iraq during Barzani’s visit to Turkey in mid-February, according to sources close to the KRG prime minister. Erdoğan also called on the administration of Pakistan’s Punjab region to shut down its schools linked to the Hizmet movement.

Last month, parents of students at the Yavuz Selim Anatolian School in Kanifing, Gambia, received a letter announcing its immediate closure. According to reports, the national education authorities of Gambia reportedly sent a one-sentence letter to the principal ordering the school’s immediate closure, and the principal in turn sent a letter to all parents announcing the government’s decision to close the school.

Calling the closure a “strategic mistake,” Özer Sencar, head of the Ankara-based MetroPoll Strategic and Social Research Center, warned that students [abroad] should not be a part of the fight against Hizmet movement.

“It is an inappropriate act to close Turkish schools abroad that have often been visited by many Turkish officials, including President Abdullah Gül, with a government initiative,” he added.