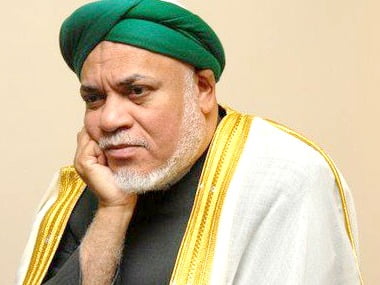 African leaders, gathered in Istanbul, spoke highly of the Turkish schools that have captured the praise of plenty with voluntary education in Africa as well as many other countries. The ex-president of Comoros Abdallah Mohamed Sambi in whose country there is not a Turkish School, said: “Turkish Schools have changed the way Africans see the white people and I can’t wait to see a Turkish School in my own country”.

125 African leaders from 46 countries participated in the “Muslim-African Religious Leaders’ Summit”, which was organized by The Presidency of Religious Affairs of Turkey for the second time. At the summit, problems of Africa and solutions were discussed and the Turkish Schools were a popular topic as well. African leaders heaped praise on Turkish Schools and have asked the Turks to invest even more in education. Also mentioning the relief efforts that volunteers organized during the Eid of Sacrifice, the African Leaders said the Turks have won the hearts of many in Africa. Participants said the Africans had some important problems about education, economy, health and missionary movements and they advised an international commission led by Turkey should be set up to solve the problems of Africans.

The summit started in Istanbul’s Conrad Hotel with the slogan “Brotherhood Meeting” and Turkish-African relations were discussed in detail. The head of The Presidency of Religious Affairs of Turkey, Prof. Mehmet Gormez said Turkey had a long history with Africa and the Turkish people were always there for the African people. He also gave the example of the Somalian students who donated their scholarships to the earthquake victims in Van to show that Turkish people had strong ties with the people of Africa. Telling one of their biggest problems was education the ex-Comoros President Abdallah Mohamed Sambi spoke highly of the success of the Turkish Schools that are active in many parts of Africa. He also said: “Turkish schools have changed the way Africa see the white people. They represent Islam in a good way with educational efforts. Unfortunately, we still don’t have one in Comoros, but I have taken the necessary steps for it. We are looking forward to see a Turkish School in Comoros.”

Underlining that Turkish educational efforts made for Africa would be remembered in a good way in the future, The leader of the Nigerian Borno Emirate Abu Bakar İbn Umar Garbai el-Kanemi said: “African people will not forget about the hand Turkey lent to Africa and these educational institutions are promising for our future.” Also participating in the summit, the Mufti of Uganda Shaban Mubaje has thanked the Turkish volunteers for their donations and he added: “Turkey won the hearts of many by donating their sacrifices to African families.” Mahmoud Dicko, president of the High Council of Islam in Mali advised that a council led by Turkey should be set up to solve the problems of Africa.

The 14th International Festival of Language and Culture, South Africa, IFLCSA, will be held this April twenty first, at the Nelson Mandela Theatre in Johannesburg. The Festival is the largest and most prominent global project for promoting world languages and cultures.