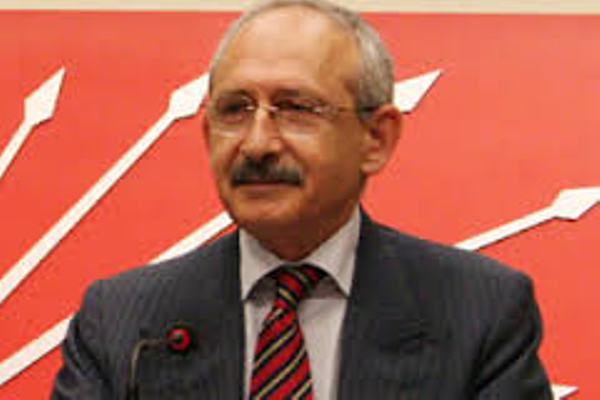 The main opposition Republican People’s Party (CHP) has once more stated that its dialogue with the Islamic scholar Fethullah Gülen movement had no difference from the dialogue that it has with other different segments of the society.

“No message has been conveyed to us from Pennsylvania,” CHP Deputy Chair Faruk Loğoğlu said on Dec. 9 at a press conference, referring to Gülen who resides in Pennsylvania, which he said as if it is commonly used in Turkish political discourse.

His remarks came in response to questions about a meeting between a CHP delegation led by the party’s leader Kemal Kılıçdaroğlu and Faruk Taban, head of the Turkic American Alliance (TAA), one of Gülen’s U.S.-based organizations. The meeting took place as part of Kılıçdaroğlu’s visit to the United States last week.

“It was a very transparent meeting. I wish the hosts would have invited the press too. Mr. Kılıçdaroğlu held contacts with a lot of institutions, organizations and civil society organizations in the US,” Loğoğlu said, adding that the TAA had extended an invitation to a breakfast meeting.

“Regarding what we discussed, they first gave a briefing on the activities of their organization and sub-organizations. The ‘dershaneler’ issue, even the ‘F’ letter of Fethullah Gülen didn’t come on the agenda,” Loğoğlu said, referring to last few weeks’ tension between the Gülen community and the government over the latter’s plans for “transformation” of “dershanes”, prep schools, into private schools.