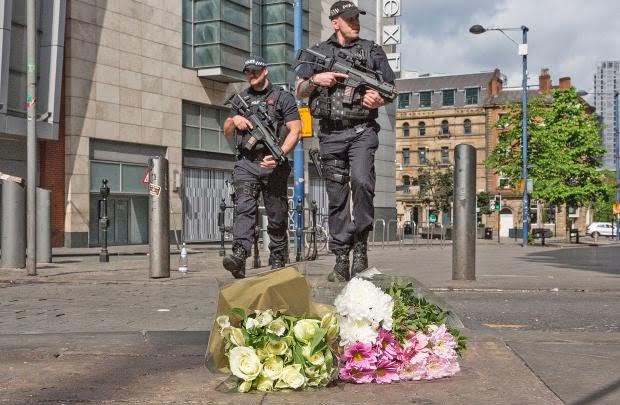 I am deeply saddened by the bombing that took place at a concert at Manchester Arena in Manchester, England on May 22. I condemn this brutal assault in the strongest terms, and extend my deepest condolences to the 22 victims – some of whom, unthinkably, are innocent children – who lost their lives and the 59 others who were injured, as well as their families and loved ones. The Islamic State claimed credit for the attack and continues to be a scourge on our society, propagating senseless, appalling violence and terrorism.

It is heartbreaking that a concert, a joyful event meant to bring people together to enjoy music and friendship, so quickly devolved into a scene of violence, chaos and terror. As I have said before, any attack on the sanctity of human life is an attack against humanity. There is no justification for such an atrocity and I will continue to denounce without hesitation any use of violence to promote an agenda – whether religious, political or ideological.

As disturbed as I am by this vicious act, I pray to God, the Most Compassionate, for the quick recovery of those injured and that he may lead the victims of this tragedy, and indeed our global community, to a place of peace and harmony.

BOOK REVIEW Ten years after co-editing his first book on the Gülen movement, Hakan Yavuz, a leading scholar on Turkish society, brings his academic prowess and careful observations to bear on this dynamic phenomenon in Toward an Islamic Enlightenment: The Gülen Movement.1 This well-timed book not only provides an update on the growth of the […]