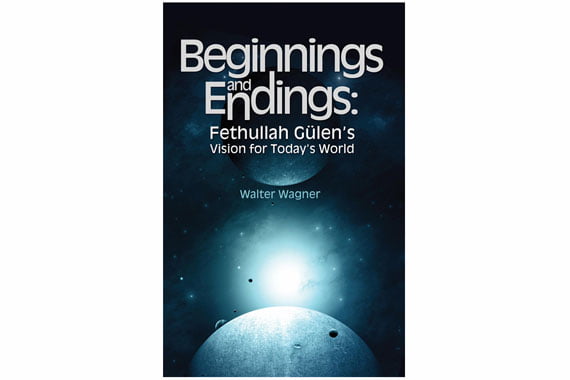 “Beginnings and Endings Fethullah Gülen’s vision for Today’s World” elucidates how belief in resurrection, Divine judgment, and the eternal life of the Hereafter deeply impact life here-and-now,” which is the span of time and space God granted humans to foster their relationships with one another and, most importantly, to fulfill their role as the vicegerents of God in this world before its ultimate destruction. The Hizmet movement, inspired by Gülen, is mentioned as one such manifestation of that vicegerency.

The book quotes extensively from Gülen’s writings so the wider public can hear his voice expressing his understandings of the Divine Plan for all of creation as well as the vision he has for human responsibility in the present world. It discusses Gülen’s views on the beginning and end of times, which provide the framework for his concentrated vision of a just, equitable, and peaceful world. It presents Gülen’s spiritual side, revealing him to be not only a man of profound reflection, but a man who understands creation’s purpose and humanity’s role within the present day. This understanding has allowed him to craft a vision for a peaceful and prosperous world and its coming re-birth in the eternal life of the Hereafter. Instead of apocalyptic visions of clashing religions and civilizations, Gülen envisions eschatological fulfillment of the world, and thus meets the reader as a man of devout and informed hope. This seminal hope manifests itself in the determined actions of the committed men and women working to end ignorance, poverty, and disunity in today’s world.

Dr. Walter H. Wagner is adjunct faculty at Moravian Theological Seminary (Bethlehem, PA) and the Lutheran Theological Seminary, Philadelphia. He is an ordained Lutheran pastor (ELCA), retired from parish ministry. He has taught at California, Lutheran College, Upsala College and Muhlenberg College, and served as the director for theological education of the Lutheran Church in America. He is the author of a number of articles on early church history and Islam as well as books including “After the Apostles: Christianity in the second century” and “Opening the Quran: Introducing Islam’s Holy Book.”