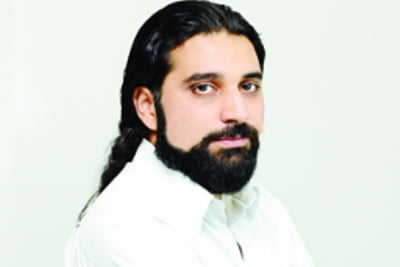 When you gaze long into an abyss,
the abyss also gazes into you.
Friedrich Nietzsche

Military memos – revealed by the controversial daily Taraf, which is now facing accusations of “spying” and “terror acts” for publishing documents – have shown that the AKP government was also not immune enough to the luring calls of “deep” activities. Acknowledging the existence of the military document alleging the blacklisting of the AKP’s main Hizmet ally, the senior government officials have been claiming the decisions were not implemented. But their desperate efforts to avoid a further rift between the Hizmet and the ruling AKP are fizzling, as the prime minister appeared defiant to take the confrontation with the Hizmet movement to a new level on the eve of the local elections.

Turkey, historically, is not unfamiliar with military-, police- or intel-led campaigns to blacklist and profile its citizens. For many years, those who seemed “suspicious” were victims of these kinds of clandestine campaigns through being blacklisted and profiled, and spying on a “doubtful” next door neighbor or co-worker was encouraged by the state authorities. Many have been labeled for their “treacherous” political alignments as “leftist” or “commie,” or many others for their ethnic heritage or religious beliefs.

The core electorate of the AKP has also been the victim of militarist blacklisting as “fundamentalists,” particularly in the 1990s. This was how the deep state in Turkey survived for many decades by creating new “enemies” within and targeting and eliminating them “for the sake the nation.”

In the last decade when Turkey supposedly inched toward “advanced” democracy, the deep efforts of the state have been declared “cursed and ended” under the AKP rule with harsh drives on the existing elements of the militarist deep state. The coup cases like Ergenekon, Balyoz or others were initially parts of this drive; nevertheless, they later turned into a witch hunt.

Amid the heightened tension between the Hizmet and the AKP, the revelation of military memos targeting the former has surfaced the known truth that the new rulers of the country have been building their “deep” activities on the ashes of the old one. Now the question is if those who reluctantly but keenly stayed closer to the government than anyone have been target of blacklisting and profiling, what has happened to those who were not that close or even stayed on the opposite side.

A bit of an ill-minded hint could be found in a recent profiling by the police forces of the anti-government Gezi protests, which claimed that the majority of those who hit the streets were Alevis, purportedly labeling the revolt as “ethnic orientated.” Or in other words, if you are not with us, you are against us and if you are against us, you are the other. That is what has been happening to the critics of the AKP for years, and now it is also happening to the Hizmet Movement.

A Muslim religious leader, Fethullah Gulen, is daily in the news, as Turkish president Erdogan accuses him of plotting the recent coup, We are so used to Muslim clerics being or being considered terrorists that we give the matter little thought. And yet, the recent crackdown in Turkey on Gulen’s movement should be of grave concern to anyone who cares about the Middle East, about Islam, and about religion.