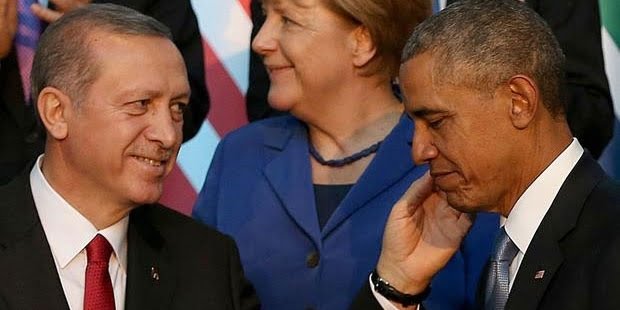 The failed coup was a clarifying moment. Ankara and Washington don’t share values or interests.

The meeting this week between Turkish President Recep Tayyip Erdogan and Russian President Vladimir Putin and their vow to expand bilateral relations is the latest sign of deteriorating U.S.-Turkish relations since Turkey’s failed coup last month.

The U.S. and Turkey have faced difficult days before, such as after Turkey’s 1974 invasion of Cyprus and the 2003 American invasion of Iraq, yet American and Turkish leaders managed to find their way back. This time will be different.

Since Turkey joined NATO in 1952, the U.S. and Turkey have contributed to each other’s security and interests, and ties were cemented based on shared values as Turkey became more democratic. U.S. forces and tactical nuclear weapons at Turkey’s Incirlik air base represented the American commitment to Turkish security and Ankara’s support to a Washington-led global order.

These days, however, the U.S. and Turkey see eye to eye on very little. The two countries are at odds over Syria and the urgency of removing Syrian President Bashar Assad; over support for Syrian Kurds who, in contrast to the Turks, have proved to be reliable U.S. partners in the fight against Islamic State; over the territorial sovereignty of Iraq; and over continuing sanctions on Iran.

Though American officials privately acknowledge that Mr. Erdogan is “erratic,” they have given the Turkish leader extraordinary leverage over U.S. policy. The U.S. fear is that public pressure will result in even less cooperation from Ankara—especially on Syria.

No issue demonstrates the divergence better than the drama over Incirlik air base. This facility, a little more than 200 miles from Raqqa in Iraq and twice that from Mosul, is important to the coalition against Islamic State. But the Turks forced the U.S. into a yearlong negotiation to use the base to strike the would-be caliphate.

When Ankara finally joined the coalition, it still prioritized its war against the Kurdistan Workers’ Party (PKK) and Kurdish nationalism. Turkey has become more focused on Islamic State in the past six months, but only after deadly terrorist attacks in Ankara, Istanbul and other Turkish cities.

The failed coup has caused unprecedented anger in Turkey about Washington that reinforces the bilateral crisis. Hours after the start of the coup attempt, the White House released a statement declaring President Obama’s support for “the democratically elected Government of Turkey.” The next day Mr. Obama reiterated U.S. support for the “democratically elected, civilian Government of Turkey.”

This should have been more than sufficient for Turkish leaders to tamp down the conspiracy theories circulating in the Turkish press and social media accusing the U.S. of complicity in the coup. A disturbingly large number of Turks think Washington is culpable because the U.S., in keeping with the requirements of its extradition treaty with Turkey, has not handed over Fethullah Gulen, the Turkish cleric who lives in Pennsylvania and who Ankara claims masterminded the coup.

Rather than defend Turkey’s relations with the U.S., Mr. Erdogan accused U.S. Army Gen. Joseph Votel of supporting the coup plotters. Pro-government newspapers have accused American generals of smuggling coup plotters out of Turkey. The Turkish press has gone full tilt, asserting that former State Department official Henri Barkey was behind the coup. Now with the Woodrow Wilson International Center for Scholars, Mr. Barkey happened to be attending an academic conference in Istanbul as the coup unfolded.

The U.S. response to this has been timorous, with nary a word of public protest. It would be one thing to overlook the way the Turks have behaved if Ankara were indispensable to U.S. efforts in the Middle East and Central Asia. It is not.

Incirlik’s runways are important. The bombing of Islamic State is an American priority, as is funneling weapons to the Syrian rebels. But both missions could be carried out from elsewhere. The baseless allegations leveled at the U.S. suggest that Mr. Erdogan might rescind American access to the base merely to demonstrate that he can. It would be prudent for the U.S. to develop a plan to redeploy forces outside Turkey, making arrangements to use airstrips in Cyprus, Jordan and the Kurdish Region in Iraq, for example.

All of this should be a clarifying moment for American policy makers, demonstrating that Turkey and the U.S. no longer share values or interests. Rather than overlook Turkish excesses while hoping Mr. Erdogan will come around, it is time to search for more reliable allies.

Mr. Cook is a senior fellow for Middle East and Africa Studies at the Council on Foreign Relations. Mr. Koplow is the policy director at the Israel Policy Forum.