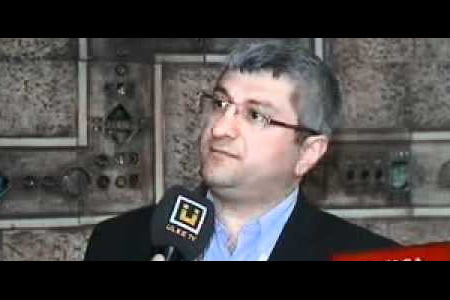 Despite the image some have tried to create, we have been writing that the Justice and Development (AKP) and the Hizmet movement are two different entities. One of them is a political party and the other is a faith-based civil society actor. They have, of course, been on the same page with regard to many sensitive and crucial issues, such as the EU process, democratization, transparency, accountability and so on.

In the past, Prime Minister Recep Tayyip Erdoğan rightly challenged some military and civilian bureaucrats who were engaged in covert political activity against the government and who instead of resigning tried to block the government. Erdoğan used to ask them to form a political party or get involved in daily politics by becoming active members of a political party. The same logic is now being used against Hizmet. Many of those who do this are not aware of a proper democracy. They do not have to be professors of political science as even a brief perusal of the functioning of liberal democratic systems will show them that their understanding of democracy is faulty.

A bureaucrat must by default obey the lawful orders of his superiors and governing politicians. This is their job description and this is why they are paid by the Treasury. If they do not like the outlook of the governing party, they can resign and join a party. But you cannot expect journalists, thinkers, writers, critics, lobbying groups, business circles, civil society organizations, religious communities and individuals to agree with every action and all of the rhetoric of the ruling politicians. And, the politicians do not have any right to ask them to form a party and challenge them afterwards. Not everybody has to form a party, but they still have a right to criticize the government and to criticize it harshly.

Democracy does not mean only voting at the ballot box every four years and in between elections shutting up and waiting patiently or else forming your own party. If the ruling politicians are upset with the criticism and pressure, they can always say “enough is enough” to any group. The Republican People’s Party (CHP) and the Nationalist Movement Party (MHP) now say this to Hizmet, and the AKP can do the same. But the AKP cannot say that I want your vote but do not want to hear your voice. Unfortunately, from some of the writings of the AKP’s slavish supporters and the whispers of some ministers, we see that that is the democratic understanding of some of the AKP elite. In this understanding, politics is confined and limited to political parties, while all else are passive observers.

Hizmet has been critical of the government on issues such as Turkey’s tolerant attitude toward a probable Iranian nuclear bomb, the government’s fruitless fights with Israel, the Mavi Marmara incident, the failure of the Kurdish opening, the reluctance in challenging the Ergenekon terrorist organization, the prime minister’s futile fight with journalists, the near end of the EU process, the AKP’s suspected indifference to a new constitution and the suspected “Ankara-ization” (being influenced by conservative anti-democratic statist forces).

These concerns have been voiced by Hizmet in the public sphere; the response of AKP-lovers has been to challenge Hizmet to form a political party. They do not want to see that a civil society entity may or may not want to form a party. After all, it is not a requirement. If every civil society organization forms a party, we will have no civil society. Political parties are inherent coalitions serving the needs of several different interest groups, civil society organizations, factions, movements and so on. You don’t think that on every single issue there are only two differing opinions in the US, one the Democrat view and the other the Republican view, do you? But these AKP-lovers seem to think so.

They also do not want to understand that Hizmet’s operational code is to build bridges and to address every mind-heart regardless of color, ideology, religion, status, etc. Hizmet forming a political party would amount to a suicidal mission. There will always be people who are sympathetic to Hizmet’s cause in every political party, and this is healthy as we need some cross-party or supra-party entities that would work like cement. Asking a bridge-builder to shatter the bridges he built and join political polarization may be bona fide but hazardous.

In the latest of firsthand letters revealing the re-emergence of torture in Turkish prisons, an Antalya arrestee reportedly said he was beaten so badly that he blacked out for some time and was also threatened with rape.