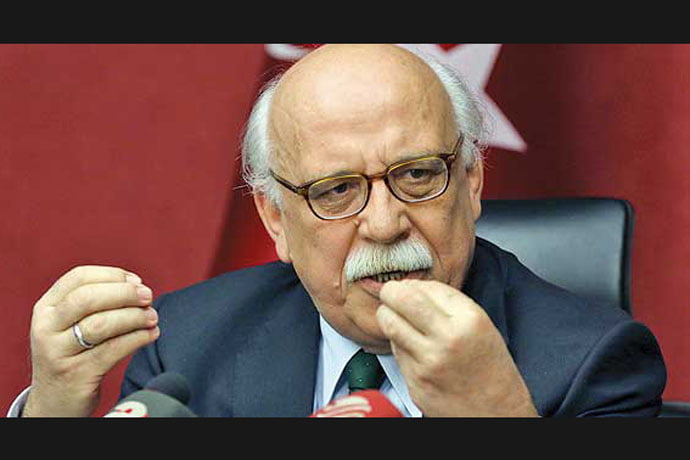 A government plan to shut down Turkey’s prep schools — or “transform” them, as the government argues — violates the Turkish Constitution and the case law of the European Court of Human Rights (ECtHR), according to experts.

“Parliament can neither close the prep schools with a law nor force them to transform. Even if you call it a transformation, forbidding prep schools from functioning would violate the essence of the Constitution,” said Ahmet Gündel, a retired Supreme Court of Appeals prosecutor.

Prep schools are private institutes that help students prepare for standardized high school and college entrance exams. The government has finished work on a draft law that would close the prep schools by September 2015 and fine any that continue to operate. Some have argued that the law, which is seen as a huge blow to free enterprise, could block upward mobility in Turkish society.

Gündel does not think there is a difference between transformation and closure, as both would prohibit prep schools from functioning. According to Gündel, Article 48 of the Turkish Constitution grants individuals the right to open prep schools under the principle of free enterprise. “A law or a legal amendment cannot close prep schools that have already opened,” he said. Even if they are closed, Gündel added, the Constitutional Court will overturn the decision.

According to the government’s draft law, the prep schools will be given two years to become private schools and will be prohibited from operating as study centers. If they don’t make the switch during this period, fines ranging from TL 500,000 to TL 1 million will be imposed on the prep schools. The draft law also includes a provision stating that teachers from prep schools that are closed will be eligible to register with the Ministry of Education for employment at public schools without having to take the State Personnel Examination (KPSS), a civil service exam.

Yüksel Metin, an associate professor of constitutional law at Süleyman Demirel University, said the government is aware that closing the prep schools would violate the Constitution, and is therefore reframing the process as a transformation. “The state has a responsibility to supervise and monitor the activities of educational institutions. In this sense, the state takes action to regulate the educational quality and physical conditions of the prep schools. Yet it cannot close the prep schools or prohibit them from teaching students. If it does, it will violate the principles of democratic society,” Metin said.

According to Associate Professor Ekrem Ali Akartürk, who teaches law at Yeditepe University, the closure of the prep schools would also violate ECtHR case law. “The government gives the prep schools two years to transform [into private schools]. Yet, there is no change in the government’s decision to shut down prep schools that refuse to transform. The state can restrict some rights and freedoms through laws. But it cannot negate or ban a right and freedom entirely. This is a principle laid down by the ECtHR. If the prep schools are closed and this process is called a ‘transformation,’ then a right and freedom will be entirely negated. This means that the people’s right to receive education will be negated. It also means that the principle of equality in education will be dealt a blow,” he said, adding that the prep schools serve, in essence, the purpose of eliminating educational disparities between rich and poor families.

Debate over the fate of the prep schools is not a new topic in Turkey. Government officials have mentioned similar plans before, but so far words have not resulted in action.

Professor Osman Kaşıkçı, dean of Fatih University’s school of law, said the government is using the term “transformation” to undermine the criticism it has been receiving over its plan to shut down the prep schools. According to the professor, even if the government claims to be transforming prep schools, it is indeed shutting them down. “Such a transformation goes against the right to free enterprise. A forced transformation is unacceptable in law,” he said. He added that forced transformations are proper in communist regimes. “This is not a method democracies or republics are accustomed to. You may transform a state but not free enterprise.”

Fatma Türkmen, who gave birth to a baby in Ankara on Monday, was reportedly detained on Tuesday over alleged links to the Gülen group.