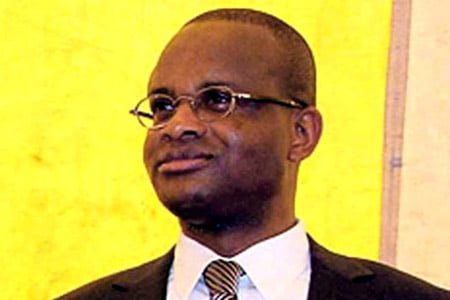 In his remarks at the opening ceremony of Shafak International Turkish Schools’ new campus sponsored by businesspeople from Adana province of Turkey, Republic of Congo Minister of Education Mr. Maker Mwangu Famba expressed his admiration of high quality education offered at the schools. “They have accomplished what our President points us in education. Turks taught us how to invest in education.” said the Minister.

In attendance of the event held in the school’s yard were approximately 50 businessmen and bureaucrats from Turkey. Shafak Schools General Manager Ibrahim Tatar greeted each guest in person at the reception and delivered the welcoming speech. Following Tatar, the Minister Maker Mwangu Famba took the stage for his speech that he started with the statement: “No peace without bread and vice-versa.” Referring to his first visit in 2010 in company with Turkish President Abdullah Gul when the school was still under construction, the Minister said: “I am delighted to be also present in the inauguration, of now completed and well-equipped school that will offer a high quality education. Shafak Schools have realized the very same vision that we are encouraged by our President Joseph Kabila. Education should be the leading factor on our nation’s path to advancement. It is the primary concern of a nation. With this regard, Shafak Schools set a model as well. Exemplary Turkish entrepreneurs, above all, showed us how to invest in education sparing no expense. I would like thank those businessmen from Adana for honoring us with their presence.” 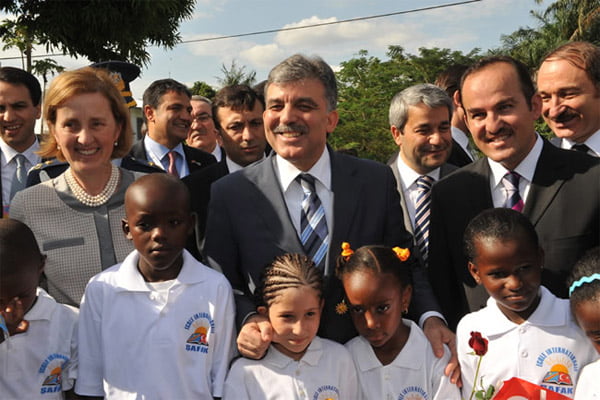 Adana Metropolitan Municipality Deputy Mayor Zihni Aldirmaz said that they will initiate the proceedings to pair Adana and Kinshasa as sister cities. Aldirmaz stated that they were witnessing a magnificent moment to be proud of and continued: “I would like to thank Fethullah Gulen- whose heart is, I believe, with us- for pioneering this radiant way. I would like to thank also to our President Abdullah Gul who gave full support to help the school launch as soon as possible and my fellow townsmen entrepreneurs from Adana and the President of Republic of Congo. And finally, to other leading cavaliers dedicated to establish these schools around the world only a few of whom I have been privileged to meet here.”

“I feel so proud”

The Mayor of Yuregir, Adana, Mahmut Celikcan noted that he felt so proud to see such an institution operating with the contributions of Adana businessmen. “We are greatly happy to see the Turkish flag waving in the heart of Africa. Moreover, it is a source of pride to have our fellow people here who are devotedly carrying out their duties.” said the Mayor.

Following the remarks, Congolese students in traditional attire sang both in Turkish and the local languages. Giresun, Turkey, folk dance performance was highly appreciated by the attendees as well. The State of Kinshasa Ministry of Education official Theresa Olenga was presented a plaque by Adana Deputy Mayor Zihni Aldirmaz later in the ceremony. Afterwards, the school was toured following ribbon cutting.

Shafak Schools won gold and silver medal in 2009 and 2010 Turkish Language Olympiads and 2011 International Science Olympiad in Tanzania, respectively. The schools host students from multiple nations and offer language classes in 4 different languages including Turkish. The school ranked first among French, American and many other private schools operating in Congo in “most beautiful and cleanest school” contest supported by President Joseph Kabila.