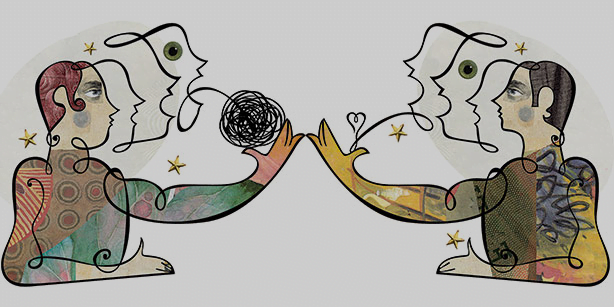 The fierce clash going on between Turkey’s ruling Justice and Development Party (AK Party), headed by the once-globally revered Prime Minister Recep Tayyip Erdoğan, and the Hizmet movement, inspired by Islamic scholar Fethullah Gülen, is a blessing in disguise for any Muslim living both inside and outside of Turkey today.

In fact, it may be so even for the next generation of Muslims in the world.

The level of corruption that the AK Party seems to have brought down upon itself is unprecedented in Turkish history. Financially speaking, the amount of money allegedly embezzled by AK Party officials over the past decade far surpasses not only those amounts embezzled by governments in any other Muslim country, but also those stolen from people by heinous dictators like Saddam Hussein and Muammar Gaddafi. In addition, indications that AK Party officials, most notably Prime Minister Erdoğan, may have been involved in character as well as physical assassination of political rivals, and that they may have been involved in money laundering in violation of international sanctions against Iran and in financing of terrorism, all are terrifying to any sane mind.

On the top of all these strong and reasonable suspicions, Prime Minister Erdoğan’s ever-increasing authoritarianism and the AK Party government’s actual moves to restrict freedom of expression, including through the blocking of access to certain social media sites across the country, have shocked even those once strongly supportive of the AK Party. Perhaps, because it is so painful for them to accept the bitter reality of the AK Party’s wretched corruption, some seek refuge in conspiracy theories, suggesting that a chip installed by Israel is manipulating Erdoğan’s brain.

Muslims not incapable of living with democracy

Normally the AK Party’s debacle would be cast in history as an ultimate example of “Muslims’ pathetic failure to govern honestly.” Most probably, 50 years from now, if not more, the students of political science, economics, law and sociology all around the world will examine the case of the AK Party fiasco as an example of Muslims’ irresistible temptation to abuse power and privileges vested in them by the electorate. It would be used as evidence to reinforce the old stereotype about Muslims’ perception of democratic elections, namely “one vote, one man, president for life.”

Moreover, if it was only secularists/liberals who had turned the table against this AK Party, exposed its mischief, and struggled against its anti-democratic actions, the perception that Muslims simply cannot live with democracy and the rule of law would be deeply entrenched in every individual’s psyche. The fault-line between those who cannot tolerate Islam in the public space and those who wish to freely practice their religion while in public service would be widely expanded and deepened. Such a perception would haunt any Muslim from Morocco to Indonesia, when he or she sought a public office while at the same time trying to remain religiously observant.

Thank God the Hizmet movement is one of the main actors in Turkey that has resisted the seemingly democratic but actually autocratic AK Party government’s lawless policies. As a matter of fact, according to Prime Minister Erdoğan and many AK Party supporters, the Hizmet movement is “the” opponent of the AK Party government.” Whether or not this clash between the AK Party and the Hizmet is a result of a power struggle between the two former allies or of the former’s assault on the latter, the very identities of these clashing parties change the way the AK Party debacle should be perceived.

First of all, the fact that both are somewhat Islamic or conservative runs counter to the suggestion that the debacle is because of Muslims’ inability to digest democratic values and practices, or because of Islam’s alleged incompatibility with democracy. Secondly, that the two once fully cooperated toward the democratization of Turkey is another reason to believe that the new fault-line in Turkey is not between those who believe in democracy and rule of law and those who do not. The new fault-line is between those who feel free to manipulate democracy and rule of law to satisfy their own interests and those who do not. So, the AK Party government’s corruption, as well as the massive popular outrage against its erratic actions, does not have anything to do with its somewhat Islamic character. After all, the Hizmet, which the AK Party leaders now seem to view as their nemesis, is Islamic in nature, at least as much as the AK Party could ever be. Yet, it is part of that popular outrage demanding independent investigation into the corruption allegations. In addition, by its practice, the Hizmet has proven that one can remain religiously observant and rise against tyranny at the same time.

In order to further elucidate this point, one should briefly revisit how the developments have unfolded in Turkish political scene over the past three months. It is quite simple, in fact. Voice recordings implicating Erdoğan, his son and other AK Party officials of embezzling taxpayers’ money flooded the Internet. Then, the AK Party government blocked access to the Twitter and YouTube and reduced the Internet speed for certain servers so much that it was hardly possible to download videos from any other social media website. Although this move has shocked everyone, as it put Turkey on par with North Korea, China and Iran, the AK Party’s latest assaults on the freedoms of expression, of thought and to access information were not unexpected. Only a day before the ban on Twitter, Erdoğan vowed during his campaign rally that he would not leave society to the mercy of Twitter, or other social media for that matter. He also stressed that he did not care about what the international community would say about his blocking of access to social media.

Meanwhile, ever since the Dec. 17 corruption investigation, which the prime minster halted, he has continued to accuse the Hizmet of collaborating with the US and Israel in order to bring him and his government down. Then, alleging that those prosecutors and police chiefs who had carried out the investigation were receiving their orders from “Pennsylvania” — referring to where Gülen resides in self-imposed exile — Erdoğan accused the Hizmet of establishing a parallel state. Consequently, in each and every rally he attended before the March 30 local elections, Erdoğan accused the Hizmet of being an illegal terrorist organization, and he accused its affiliates  — including businessmen, teachers and students — of being terrorists as well as spies. According to Erdoğan’s designation of the Hizmet movement as such, Gülen is then the head of this “illegal” organization. He has gone as far as to phone and put pressure on other government and state heads to shut down the so-called Turkish schools opened by volunteers of the Hizmet. Yet, despite the insistent calls on Erdoğan — most notably from Gülen and the Hizmet affiliates — for evidence to substantiate his allegations, and for him to take his allegations to court, the prime minister felt it was enough to say “evidence is being prepared” so that a lawsuit can be launched after the March 30 municipal elections.

In the meantime, Erdoğan, his foreign minister Ahmet Davutoğlu and others within his orbit are full force continuing to persecute anyone sympathetic to the Hizmet, and trying to shut down 160 countries’ schools, which were opened by Turkish volunteers. The only relief is that given the Hizmet’s essentially Islamic character, nobody can accuse all Muslims of appeasing corruption and authoritarianism perpetrated by the seemingly Islamic AK Party officials and the like.

*Doğa Sacit is an investigative journalist based in İstanbul.