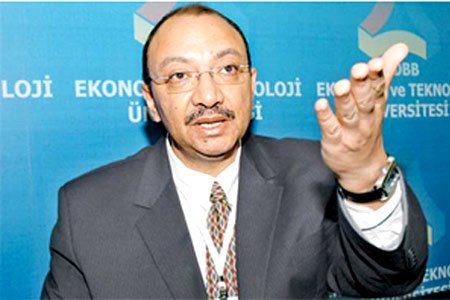 In parallel to a focus on Africa initiatives in Turkish foreign policy, there has been a visible increase in the interest toward Turkey throughout Africa as well. Strengthening partnerships and relations founded on the shared past has been welcomed by academics, experts, politicians and the media. Consequently, such an interest has encouraged a rise in the number of scholarly exchanges, given the need for enriching existing academic and cultural common grounds.

The conference “Africa and Turkey: Common Heritage, Common Future” is such an example held under the auspices of the Office of Public Diplomacy, Prime Ministry of Turkey and Turkish Cooperation and Coordination Agency (TIKA) on February 7 in Ankara, Turkey. Organized by International Middle East Peace Research Center (IMPR) and hosted by TOBB-Economy and Technology University (TOBB-ETU), the event aimed to deepen the reciprocal interest in Turkey and Africa with an international participation of scholars.

Among the international speakers was Dr. Rasheed Begg, a descendant of an Ottoman Islamic scholar Ebubekir Efendi who was assigned duty in South Africa by Sultan Abdulaziz. Dr. Begg’s focus has been mainly on impacts of Islam and Christianity in African communities in his studies. Having presented his highly thought provoking arguments and insights regarding the shared past and future, Dr. Begg gave a special interview to the national daily Bugun. In addition to elaborately reviewing the “Ottoman factor” in the long-established ties, he emphasized the role of Turkish schools as a bridge between Turkey and South Africa. According to Begg, the schools revived the relations kicking off a new era.

In response to the question concerning the recent revival of relations, Begg commented: “For the sake of a genuine advancement, I believe Turkey should further engage in Africa. We have been encouraging Turkish students to study in South Africa especially for the last 2 years. Currently, there are 10 Turkish schools operating in South Africa, and 200 students from Turkey are receiving English language education or studying at South African universities. As a matter of fact, Turkey has come back to Africa with the Turkish schools. A large number of native African students are studying at these schools. Students attending these schools are learning Turkish and receiving a high quality education.”

Source: Excerpted from the interview published [in Turkish] on Bugün Daily, 18 February 2013. English translation is retrieved from Hizmetmovement.com

James C. Harrington*, January 27, 2013 Journeys through life take strange twists and happen in mysterious ways – some would say providential, although I might not – but one does wonder at times. My journeys with the Gülen movement began one Summer Sunday morning in 2008, when a judge friend of mine announced from the back […]

Kimse Yok Mu Foundation (KYM) President Ismail Cingoz spoke on Turkey’s helping hand extending to the world: “We involve approximately 10 thousand volunteers in our efforts. We have 97 thousand families that we have been consistently providing aid for. We are active in 103 countries regardless of their ethnicity, language, faith or color.” We talked […]