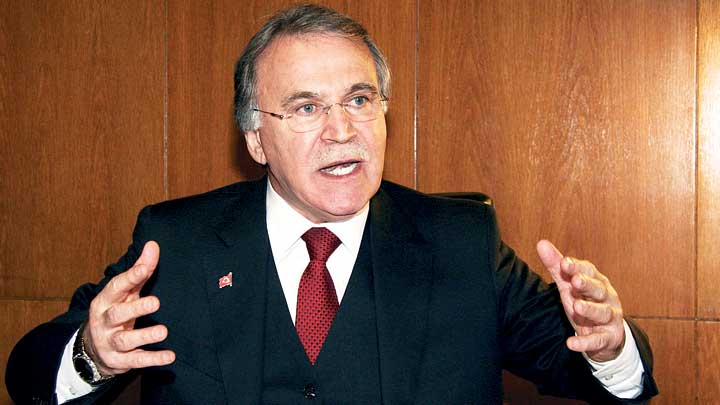 İSTANBUL
The Supreme Court of Appeals has asked a senior Justice and Development Party (AK Party) official to hand over any evidence regarding his allegations about US-based Turkish Islamic scholar Fethullah Gülen amid claims by the official that a judge at the high court had acted contrary to legal procedures and contacted Gülen before issuing his final verdict in a case against a businessman several years ago.

In late December, Gülen’s lawyer strongly denied claims made by former Justice Minister and AK Party Deputy Chairman Mehmet Ali Şahin, who said a Supreme Court of Appeals judge had asked Gülen’s opinion about a suspect whose case the court was hearing before delivering the final verdict.

The Supreme Court of Appeals has also denied the claims made by Şahin via a statement two weeks ago. It said such a statement, which could harm the objectivity of the court, is unacceptable and added that if Şahin has any evidence, it should be handed over to the judiciary to start legal proceedings over his claim.

Upon Şahin’s claim, the Judges and Prosecutors Association (YARSAV) on Dec. 31 filed a legal complaint with the office of the head prosecutor in Ankara requesting an investigation into Şahin’s allegations about the Court of Appeals and whether a gang exists within the high court. The Ankara court ruled a lack of jurisdiction and sent the case to the Court of Appeals.

Şahin claimed that a high-level judge at the Supreme Court of Appeals had acted contrary to legal procedures and contacted Gülen before issuing his final verdict in the case against the businessman several years ago.

“What should I do in this case?” asked the judge, according to the claims by the former justice minister. He went on to say that Gülen had allegedly told the judge to do what justice requires.