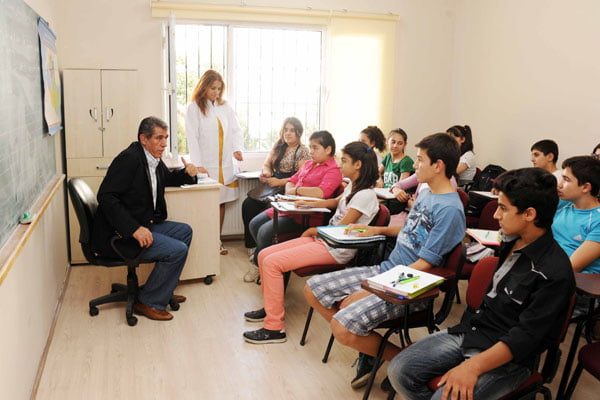 Turkish Prime Minister Recep Tayyip Erdoğan has said his ruling Justice and Development Party (AK Party) will not back down from its decision to close prep schools, despite ongoing discussion on the matter and deepening polarization over the government’s move.

Erdoğan asserted that the initiative to close prep schools is not new, but dates back to an earlier period of AK Party rule and is part of a broader plan to transform the dysfunctional education system.

However, the majority insists that these prep schools should not be closed. Only 21 percent of people polled support the government’s move, according to a survey conducted by Mak Danışmanlık (Mak Consultancy). As the debate about prep schools continues, South Korea might be a useful case study, as it reopened its prep schools, which were abolished after the 1980 coup, due to the increasing number of unregistered schools and a decision from its Constitutional Court. Some columnists shared their views on the necessity for prep schools.

According to Sabah columnist Nazlı Ilıcak, Turkey has a great need for prep schools. Around 2 million students took the Student Selection and Placement System (ÖSYS) examination this year, and only 385,000 of them were accepted by their chosen faculties, meaning that students must take supplementary courses due to this intense competition, writes Ilıcak. She also adds that the need for prep schools can only be reduced if the government provides students with small class sizes and a sufficient number of qualified teachers.

Zaman’s Mehmet Kamış says that on many issues, including prep schools, the government marginalizes a segment of society for its ideological views, but the government should not rely on partiality and ideology. It is impossible to do science and generate free ideas in a country in which the education system is intervened in by the government, Kamış believes.