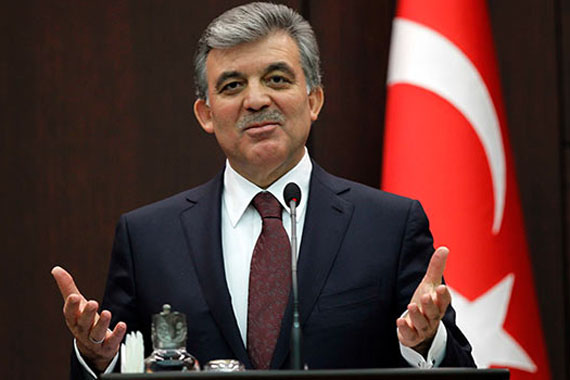 Turkish President Abdullah Gül has said ongoing debates over a recent controversy over the government’s move to shut down prep schools should not lead to “resentment.”

“There can be discussions during the law-making process. What is important is that these discussions should not result in resentment and sadness. Everyone should voice their opinions. Those making laws within this parliamentarian system will surely take these into consideration,” Gül said on Friday.

Gül’s statements came at a time when the whole country has been locked in a debate surrounding the closure of prep schools and its implications on the education system.

Gül said in earlier comments on the issue that the causes giving rise to these educational institutions that help students prepare for national university and high school admissions tests should be eliminated.

“In fact, the existence of [test-prep] schools parallel to public schools is not good. First, the reasons behind this should be addressed and the need for these institutions should be eliminated,” Gül said on Friday at a press conference in the eastern province of Erzincan.

“This is an issue of supply and demand. I am sure everyone will comment on this issue, including educators,” Gül added.

Speaking to a TV station on Wednesday night, Prime Minister Recep Tayyip Erdoğan said his ruling Justice and Development Party (AK Party) will not back down from its decision to close prep schools despite growing opposition against the move by various segments of the society.

Erdoğan accused critics of the planned prep school ban of making “ugly” and “black propaganda,” with thousands of social media users expressing resentment over his statements.

The government’s plan to ban private tutoring institutions that train students for high school and university entrance exams has divided society and led to fear among some segments of the public that socioeconomic differences may further affect students’ academic achievement after the closure. Many parents who cannot afford to send their children to private schools will face difficulties if the government continues with its plan to transform prep schools into private schools.