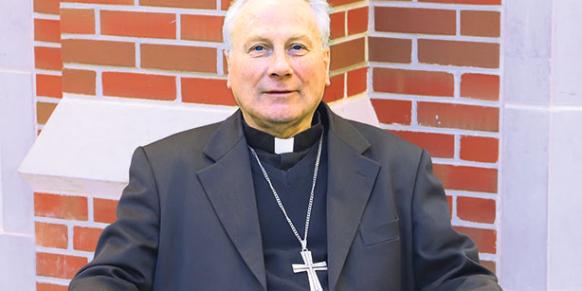 “I have seen this commitment bearing fruit, for instance in Australia,” said Archbishop Fitzgerald, adding that another important feature of Gülen’s work is his insistence on education.

“It is important that younger generations be educated in a spirit of openness so that they may respect religious values, be ready to give mutual recognition and to work together for the benefit of all their fellow human beings,” he said.

Archbishop Fitzgerald is a former apostolic nuncio to Egypt and delegate to the Arab League (2006-2012). He witnessed the developments in Egypt during the Arab Spring. He believes one result of the Arab Spring is to show that despotic regimes do not have to last forever and that it is possible for “people power” to overcome such regimes, as had been shown before in the Philippines.

“The Arab Spring, in Egypt at least, was motivated by opposition to the monopoly of power by a few, the lack of freedom of expression and the unequal and unjust distribution of wealth,” said the archbishop, adding, “until improvements come about in all these domains, one cannot say that the Arab Spring has borne fruit.”

Today’s Zaman sat down with Archbishop Fitzgerald and discussed a variety of issues, from the recent conflicts in the Muslim world to Christian-Muslim relations.

On Aug. 11, 2013 Pope Francis called Muslims “our brothers.” How do you interpret this?

For Pope Francis to call Muslims “brothers” is not really extraordinary. His predecessor, Pope John Paul II, had already used this term when meeting Muslims in the Philippines and had explained it there: “I deliberately address you as brothers: that is certainly what we are, because we are members of the same human family, whose efforts, whether people realize it or not, tend towards God and the truth that comes from him. But we are especially brothers in God, who created us and whom we are trying to reach, in our own ways, through faith, prayer and worship, through the keeping of his law and through submission to his designs” [taken from “To Representatives of Muslims of the Philippines,” Davao, Feb. 20, 1981].

As far as I know, Pope Francis was also criticized for his remarks calling Muslims “brothers”. Could you please tell us about the focus of that criticism and your reaction?

I am not sure now of the criticisms leveled against Pope Francis for using the term “brothers” when speaking about or to Muslims. Some Christians may think that only fellow Christians may be considered brothers. This was the usage of the term in the early days, for instance at the time of St Augustine. The Second Vatican Council, however, ended its declaration on relations with other religions with a paragraph on universal fraternity [in Nostra Aetate 5], so the criticism is completely invalid.

However, since Sept. 11, 2001, there has been a tendency in the Western media to label Islam and Muslims as the source of tension and conflict, including terror, hasn’t there? How would you argue with these allegations?

In the dialogues with al-Azhar, during my time at the Pontifical Council for Interreligious Dialogue, we always insisted on both sides, Christians and Muslims together, that generalizations should be avoided. It is as ridiculous to accuse all Muslims of being responsible for the violence of ISIL [the Islamic State of Iraq and the Levant], as it would be to accuse all Catholics of being responsible for the violence perpetrated by the IRA [Irish Republican Army]. There is, of course, a difference. The IRA was not committing acts of violence in the name of religion, whereas extremist Muslims use the religion of Islam as their justification. It is really for Muslim leaders to continue to show that ISIL and their like are misinterpreting Islam and misusing it.

Why do you think many of the Muslim countries fail to establish sustainable democratic regimes?

Majority Muslim countries are not the only ones not to succeed in establishing sustainable democratic regimes. Countries in Latin America have known dictatorships, and these exist elsewhere in the world. One could say also that where money rules there is no true democracy. One hindrance to true democracy is the persisting importance of tribal loyalty. Tribal loyalty is something positive, but when it overrides concern for the common good it becomes an obstacle to good governance. So when political parties are allied to specific tribal or ethnic groups, democracy will not succeed.

It could be said that Tunisia is providing proof that democracy can be fruitful in a majority Muslim country. It should be remembered that there can be different forms of democracy. When the people of Egypt, in such great numbers as to signify a majority, showed [through demonstrations] that they had had enough of the presidential rule of the declared President Mohammed Morsi, this was a sign of the will of the people, thus justifying the intervention of the armed forces, on behalf of the people, not in order to impose military rule.

What were the driving forces that helped some of the Western societies to establish democratic regimes that Muslim societies lacked?

The spirit of the French Revolution, liberty, equality, fraternity, together with the Enlightenment, has brought into many Western societies a spirit of egalitarianism which does not exist in many Muslim societies that are more traditional in their outlook. In traditional societies, where the traditional leader enjoys great prestige, it is easier to pursue a system of autocratic rule combined with the spirit of consultation (shura).

In 2013 you said that “the true results of the Arab Spring are still awaited” and right now “it is difficult to offer any definite conclusion.” Could you please elaborate and have your opinions changed?

One result of the Arab Spring is to show that despotic regimes do not have to last forever, and that it is possible for “people power” to overcome such regimes, as had been shown before in the Philippines. The Arab Spring, in Egypt at least, was motivated by opposition to the monopoly of power by a few, the lack of freedom of expression, and the unequal and unjust distribution of wealth.

Until improvements come about in all these domains, one cannot say that the Arab Spring has borne fruit.

Do you see the clash of civilization thesis gaining power again?

Although I consider the theory of the clash of civilizations to be completely unfounded, I fear that it is returning to currency. Movements such as Boko Haram do not help in any way.

The response has to be “yes” and “no.” In mixed societies, and in those countries where there has been a long frequentation of Christians and Muslims, Muslims will treat Christians as brothers, or at least as fellow human beings. Yet the Quranic statement that “believers are brothers,” when (true) believers are identified with Muslims, tends to restrict brotherhood to the relationship between Muslims.

What can you tell us about how the Quran mentions Jesus? How knowledgeable do you think the Christians are about that?

The Quran presents Jesus as a prophet, but also with a rather mysterious dimension that would seem to go beyond the role of the normal prophet. Christians are generally quite ignorant about the teachings of the Quran on Jesus.

What do you think about Gülen’s works and his contribution on interfaith dialogue and humanity?

Fethullah Gülen has inspired many Muslims to be engaged in interfaith dialogue, and this is a very good thing. I have seen this commitment bearing fruit, for instance in Australia. Another important feature of Gülen’s work is his insistence on education. It is very important that younger generations be educated in a spirit of openness, so that they may respect religious values, be ready to give mutual recognition and to work together for the benefit of all their fellow human beings.

Are you hopeful about the future?

Continuing conflict in the world is depressing. Yet there are signs of hope. The fact that Christians are studying Islam and Muslims are studying Christianity is one. Another positive sign is the initiative of the Grand Sheikh of al-Azhar to bring together priests and imams to learn how to act together against sectarian violence. There are also movements that bring young people of different religions together. We usually hear only about the bad things that happen, but there are many good things that happen, too, and these are a source of hope.

Archbishop Fitzgerald was ordained as a bishop by then-Pope John Paul II on Jan. 6, 1992, and was elevated to archbishop on Oct. 1, 2002. He previously served as an apostolic nuncio in Egypt and delegate to the League of Arab States from 2006-2012, and before that as president of the Pontifical Council for Interreligious Dialogue from 2002-2006.

Well-respected Turkish intellectual and scholar Fethullah Gülen has decided to donate the honorarium that accompanies the Manhae Peace Prize he received to Peace Projects, a grant program launched by the Journalists and Writers Foundation (GYV). Gülen was awarded the Manhae Peace Prize for his contributions to world peace at a ceremony held in South Korea […]

Hizmet-inspired European organizations are organizing an international conference to be held in November 2017 in Amsterdam. The workshop will examine the Hizmet Movement in the realm of political Islam and civil Islam.