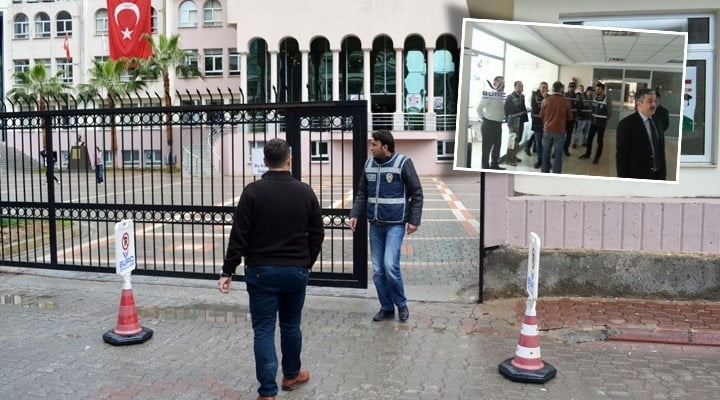 Four tax inspectors from the Finance Ministry with 40 police officers carried out a raid as part of the government-backed operation targeting the Hizmet movement at the private Burç High School in the Çukurova district of southern province of Adana, opened by volunteers of the Hizmet movement.

Parents of the students at Burç High School, affiliated with the faith-based Hizmet movement inspired by Turkish Islamic scholar Fethullah Gülen, see the raid as part of a government-sponsored defamation campaign.

Expressing that the raid was aimed at creating a negative image, Sözeri said, “I know that some parents who see this situation will be more willing to send their children to our school.”

Sözeri stated that the school was inspected just one month ago by the ministry, adding that the search and the raid were illegal.

“The top scorers from the province in the most recent YGS were from Çukurova Burç College. We think that with the raid is trying to overshadow the school’s successes,” Sözeri added.

The Hizmet movement has been targeted by President Recep Tayyip Erdoğan and the Justice and Development Party (AK Party) government since a corruption probe came to public attention on Dec. 17, 2013, implicating senior members of the administration. Erdoğan, who refers to the movement as the “parallel state” or “parallel structure,” accuses it of being behind the corruption operation. Those in the movement strongly deny the claim.

Erdoğan and the government have taken action to ensure the closure of schools operated by Gülen followers in many countries around the world. Gülen-inspired institutions and schools in Turkey are also under intense pressure from the government. On many occasions, Erdoğan asked his supporters not to send their children to schools, dormitories or prep courses affiliated with the movement. In May of last year, for example, then-Prime Minister Erdoğan publicly advised supporters of the ruling AK Party not to send their children to schools inspired by Gülen. “We will not even give water to them [members of Gülen movement],” he vowed.

He also ordered officials at AK Party-run municipalities to seize land and buildings belonging to the Gülen movement by any means.