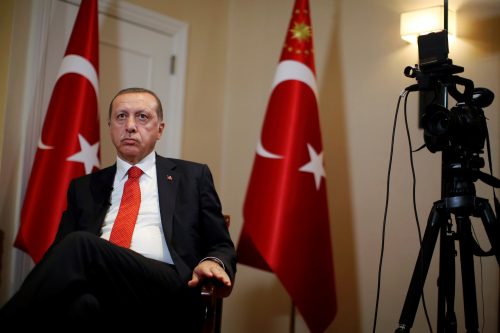 The first coup was the bungled and clumsy putsch attempt on the evening of July 15, 2016. While Erdoğan declared the failed putsch “a gift from God” because it offered an excuse to purge enemies real and imagined, the genesis of the initial coup remains murky. Erdoğan fingered followers of former ally-turned-rival Fethullah Gülen, whom Erdoğan designated the Fethullah Terrorist Organization (FETO). The proof Erdoğan presented, both in the Turkish press and to the US government, substituted suspicion and circumstantial evidence for proof. Dani Rodrik, a Harvard University professor and son-in-law of a prominent Turkish general, outlined the most coherent argument about how and why Gülen’s followers might have been involved. Rodrik makes a persuasive case but caution is nevertheless needed both because information he omits might sway outcomes and because to draw conclusions upon the logic of cui bono assumes foresight always triumphs over unintended consequences as events unfold.

My own read is that while some Gülen followers participated and may even have had foreknowledge, they were joined by some among the Kemalist officer corps as well. There is ample evidence that not everyone in the Turkish intelligence service andeven within elite Justice and Development Party circles had clean hands. The Gülenists simply made useful scapegoats for the ills that followed. Whoever was ultimately behind the coup — and, unlike with past coups in Turkey, this remains unclear — what is certain is that Erdoğan had learned of the plot hours before it unfolded.

The second coup was Erdoğan’s autogolpe. This has actually been more destructive to Turkey’s fabric and democracy than the initial events of July 15. In the September 2016 issue of Commentary, I explored both Erdoğan’s intellectual upbringing and his end game. Suffice to say, it is not pretty, but Erdogan’s intellectual upbringing and Machiavellian political savvy have all led to this point.

What few talk about openly but certainly have started whispering about privately, is a third possible coup on the horizon. While Erdoğan shed his long alliance with Gülen in 2013, the Turkish leader has not been without allies. Here, the case of Sedat Peker is interesting. An ultra-nationalist, Peker is reputed and widely reported to be Turkey’s most powerful mafioso. He was arrested during the course of Ergenekon plot and sentenced to several years in prison, but was among the first released even before the evidence backing the case was exposed as fraudulent.

Peker’s controversial background never stopped Erdoğan from associating and cooperating with him, however. Gülenists may have a broader network, but Peker’s connections are reportedly just as powerful. And while Erdoğan once used Gülen’s network to do his dirty work, it is just as possible that Peker and others like former True Path Party (DYP) official Mehmet Ağar (who also has a checkered past but has cultivated close relations with Erdoğan) may now believe that they are using Erdoğan to do their own dirty work. After all, as Erdoğan targets Gülenists, ethnic Kurds, liberals, feminists, and the political opposition, he is eliminating not only his own enemies but also those of Peker and his closest allies.

Soon the key question will need an answer: If neither Erdoğan nor some of the more shadowy figures of the Turkish mafia and deep state can tolerate competition, what happens when Erdoğan and the Turkish mafia are the only powers remaining? If there is a showdown, will it be violent?

What happens when Erdoğan and the Turkish mafia are the only powers remaining? If there is a showdown, will it be violent?

The downside of consolidating power to the extreme Erdoğan as has is the vacuum that develops when he is removed. Erdoğan has taken a deeply polarized Turkey and put it in a pressure-cooker. With normal political competition no long available as an outlet for pressure, deadly political violence become more likely. The nature of the deep state is that it reaches across political and ethnic factions, as the 1996 Susurluk scandal  demonstrated.  If Erdoğan is assassinated — and there will be attempts — the remaining Turkish deep state will be most able to fill the vacuum. Generally speaking, Peker and his fellow-travelers are not likely to put their ambition or ideology aside.  Even if Peker would never want to hold the formal reins of state, he has enough connections to veteran Turkish politicians to place a figurehead in the presidential palace. Erdoğan may believe he is sultan but, in reality, he may already be dead man walking.