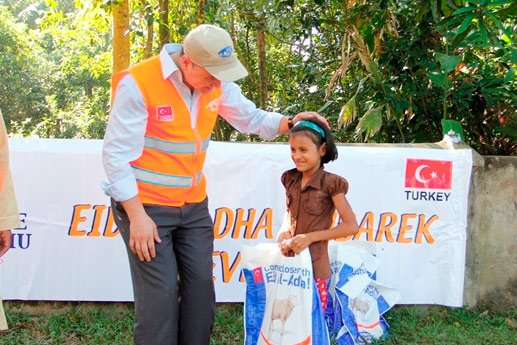 Kimse Yok Mu volunteers distributed sacrificial meat to the Muslims in Arakan living in Cox’s Bazar region at Bangladesh-Myanmar border. The situation is still sensitive in Cox’s Bazar because of the chaos that has emerged between Rohingya Muslims who took refuge in Bangladesh from Myanmar and the people of the region.

The central government restricts the activities of the foreign aid agencies in the region, while a large number of Turkish volunteers trying to reach camps were detained. Volunteers were released after they promised to return back to Cox’s Bazar later.

Kimse Yok Mu, which arrived at the region, tries to distribute the sacrificial meat to the local people by acting together with local aid agencies. Kimse Yok Mu takes into account the sensitivity of the government and continues its activities by acting in coordination with Pulse in Bangladesh, which is a local aid organization.

Yusuf Yıldırım, Manager of Foreign Aid for Kimse Yok Mu arrived at Cox’s Bazar region and said they would continue to stand by the people of the region during their hard times. Yıldırım spoke to Cihan News Agency and gave information about the situation in the region. Yıldırım pointed out to the sensitivity in the region and talked about the difficulty of carrying out aid activities in the region. Yıldırım said they could bring sacrificial meat despite the challenges and added “As the people of Anatolia, we are always by the side of our brothers and sisters here. We would like to bring in any type of aid despite the difficult conditions”. The Kimse Yok Mu official represented that they were looking for ways to provide permanent aid, contacting and inviting administrators to Turkey. 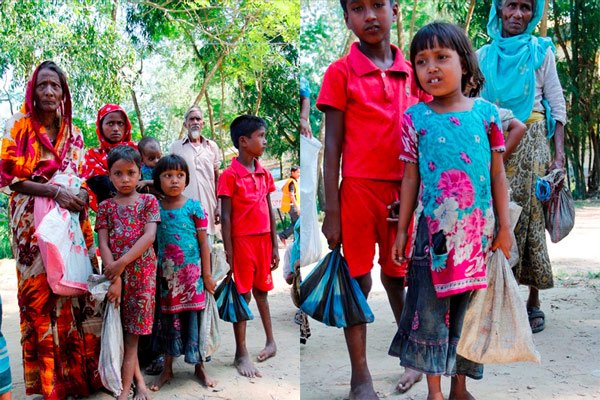 Seyfullah Kalim, president of a local aid agency called Pulse in Bangladesh, talked about their great satisfaction with Kimse Yok Mu’s activities and gave information about the distribution of sacrificial meat. Kalim stated that the sensitivity of central govenment should be taken into consideration and highlighted that they were working with Kimse Yok Mu. Kalim said they experienced a special kind of joy in the Sacrifice Festival (Eid al-Adha) by the courtesy of Muslims from Turkey, and thanked the whole Turkish nation, particularly, Kimse Yok Mu volunteers.