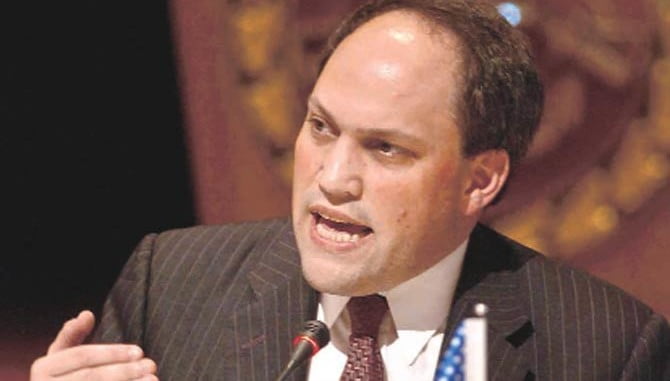 ANF: You closely follow the developments in the Middle East in general and Turkey in particular. As you know, there will be a referendum in Turkey on April 16. What sort of a brink is Turkey nearing?

Michael Rubin: Turkey is dangerously polarized. We know from Turkish political history that such polarization often leads to violence. The situation surrounding the referendum is different, however. Dictatorial powers for Recep Tayyip Erdogan will allow him to transform Turkey completely. The fact that so many opposed to Erdogan are in prison or fear that Erdogan will use the mechanisms of state to punish their family or ruin them financially means that they will never accept the outcome of referendum approval, causing tension to remain and worsen. In short, I fear that Turkey is headed to a prolonged period of civil conflict if not civil war.

Erdogan made Abdullah Ocalan the voice of Turkey’s Kurds when he entered into negotiations with a man whom Turkish authorities had, for a decade, decreed irrelevant. There can now be no solution without Ocalan and the PKK. Erdogan has courted the Kurds whenever he needed their votes but then turned his back on them.

ANF: A recent Twitter post of yours reads “Could it be that Erdoğan thinks we do not know where he hides the money he has stolen?” Where do you think he hides that money?

Michael Rubin: There’s a number of bank accounts in Europe and Russia belonging to Erdogan and his family. But, this question is one of the main reasons why Erdogan is so upset that Reza Zarrab is in the United States and talking to investigators.

ANF: While you have this information, does, let’s say, the US administration or the EU not know about these cases?

Michael Rubin: Erdogan’s corruption is public record. Presumably, the intelligence services of these countries know where he keeps the cash. Vladimir Putin certainly does. The reason why Erdogan is so upset at the Zarrab case is that such information in the hands of the judiciary will become public record at trial.

ANF: How is Erdoğan viewed by the powers that hold the fate of the world?

ANF: There seems low possibility of a ‘Yes’ outcome from the referendum of 16 April. If this turns out to be the result, will it mean that Erdoğan has achieved his goal and his ruling is legitimate?

Michael Rubin: The polls may suggest Erdogan will fall short, but this assumes Erdogan will not cheat. Democracy is already dead in Turkey, sacrificed upon the altar of Erdogan’s ego.

Michael Rubin: Even if ‘No’ triumphs, Erdogan might simply go back to elections and try to impose the constitution with a supermajority.

ANF: What influence do you think the referendum result will have on the problems in Turkey and Turkey’s relations with the world?

Michael Rubin: Turkish nationalism and Erdogan’s religious rhetoric are no substitute for reality. Neither can deliver a successful economy or powerful Turkey. International banks have already downgraded Turkey’s economy to junk status. When the Qatari money dries up, Turkey will have a reckoning.

ANF: How do you view Turkey’s current policy regarding the Kurdish question, that is based on war and violence?

Michael Rubin: Erdogan made Abdullah Ocalan the voice of Turkey’s Kurds when he entered into negotiations with a man whom Turkish authorities had, for a decade, decreed irrelevant. There can now be no solution without Ocalan and the PKK. Erdogan has courted the Kurds whenever he needed their votes but then turned his back on them. Kurds gave Erdogan the benefit of the doubt once or twice but now recognize the Turkish leader’s cynicism.

ANF: What is your perspective on the Kurdish question for the short and medium term in light of the developments in the region?

Michael Rubin: Erdogan’s policies will lead to the permanent division of Turkey. Whether that’s a division of internal borders or a partition of the country remains to be seen.

ANF: The AKP media treats your comments on Turkey as comments of a US team, viewing these ideas and evaluations as not belonging to Rubin alone. What do you have to say on this matter?

I’m not alone in my thoughts and analysis but I am just an individual analyst.

WHO IS MICHAEL RUBIN?

Michael Rubin is a resident scholar at the American Enterprise Institute; senior lecturer at the Naval Postgraduate School’s Center for Civil-Military Relations; and a senior editor of the Middle East Quarterly. Between 2002 and 2004, Rubin worked as a staff advisor for Iran and Iraq in OSD/ISA/NESA at the Pentagon, in which capacity he was seconded to Iraq.

He has previously worked as a lecturer in history at Yale University, Hebrew University in Jerusalem, and at three different universities in northern Iraq. Rubin currently provides academic instruction on regional issues for senior U.S. Army and Marine officers deploying to Iraq and Afghanistan

He has articles on Turkey, Iran and Iraq published by Washington Post,The New York Times, The Wall Street Journal, The New Republic, National Review and The Weekly Standard.