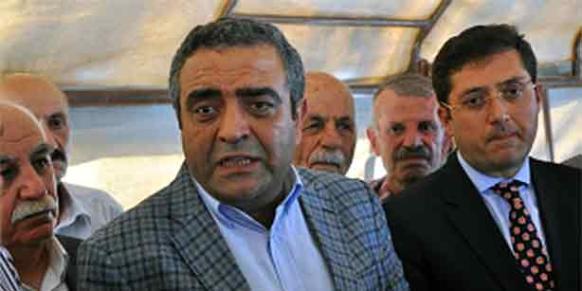 Main opposition Republican People’s Party (CHP) Deputy Chairman Sezgin Tanrıkulu has brought to Parliament’s agenda a code allegedly used by the Ministry of Family and Social Policy to classify individuals believed to be affiliated with a social movement.

Code “111” was allegedly used to classify people who are believed to be affiliated with the Hizmet movement, which is inspired by the teachings of Turkish Islamic scholar Fethullah Gülen.

In reaction to the profiling of people in the Ministry of Family and Social Policy, Tanrıkulu directed a series of parliamentary questions at Minister Ayşenur İslam. Tanrıkulu asked whether the code “111” was used to classify personnel in her ministry and what it stands for. Deputy Tanrıkulu also asked which bureaucrats have carried out the profiling work. According to documents acquired by Today’s Zaman, a team within the Ministry of Family and Social Policy, led by the ministry’s undersecretary, has profiled all personnel within the ministry and created documents detailing their political, social and religious backgrounds.

Tanrıkulu referred to Article 8 of the European Convention on Human Rights (ECHR), which guarantees a right to respect for one’s “private and family life, his home and his correspondence,” subject to certain proviso that these rights are “in accordance with the law” and “necessary in a democratic society.”

Although profiling became a constitutional crime with the Sept. 12, 2010 referendum, this new act of profiling took place recently.

The ministry’s profiling is not limited to applying the 111 code to people. People from all walks of life have been categorized. Bureaucrat İ.U. is listed as “handicapped” and A.D. was vaguely noted as having a “problematic character.” It was also written that H.B. made negative comments about the Justice and Development Party (AK Party) and M.A. was noted as being married to the niece of Finance Minister Mehmet Şimşek.

A provincial director at the ministry, İ.Z., is described as “competent,” but it was also written that there is an 80 percent chance he has no “111 connection.” It remains unclear why the ministry used such a numerical conclusion.

Reminiscent of the single-party era, when non-Muslim citizens of Turkey were classified with the codes 1, 2 and 3 for being Greek, Armenian or Jewish, respectively, the AK Party has designated “111” to classify people who are allegedly close to the Hizmet movement.

During the Feb. 28, 1997 postmodern coup, a body established by the military, the West Study Group (BÇG), had also carried out illegal activities that included profiling.