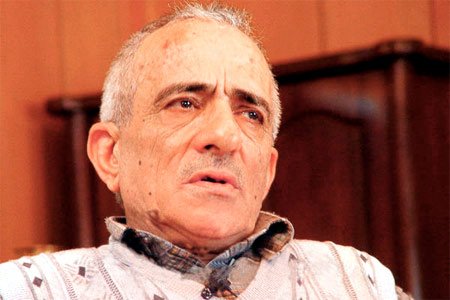 Hundreds bid farewell to Hasbi Nidai Gülen, the brother to one of Turkey’s leading Islamic scholars Fethullah Gülen, at a funeral ceremony in his hometown of Erzurum on Sunday. Gülen died Friday morning in a hospital in Ankara, where he was receiving treatment for lung cancer. He was 66.

Following a funeral prayer at the Hacı Bayram-ı Veli Mosque in Ankara, attended by such politicians as Ankara Mayor Melih Gökçek, Justice and Development Party (AK Party) Deputy Chairman Numan Kurtulmuş, Customs and Trade Minister Hayati Yazıcı as well as many of his relatives, his body was sent to the village of Korucuk in Erzurum’s Pasinler district. Many locals waited for the arrival of his body at the airport in Erzurum, including his brother Seyfullah Gülen. His body was taken to a hospital morgue by ambulance, and remained there until Sunday.

Finally on Sunday, Gülen was laid to rest in a funeral led by theologian Mehmet Ali Şengül at Lalapaşa Mosque, one of the largest mosques in the city. The mosque was full with attendees, including his brothers, three sons and two daughters, Maritime Affairs and Communication Minister Binali Yıldırım, Labor and Social Security Minister Faruk Çelik, Health Minister Recep Akdağ, Erzurum Governor Sebahattin Öztürk, businessman İbrahim Polat and Kaynak Holding Chairman Naci Tosun. Following the ceremony, he was buried next to his father.

However, Fethullah Gülen, who has been residing in the US for almost 13 years, did not attend the ceremonies.

The Gülen movement’s past, present and potential future influence on the Muslim world will be explored in a conference titled “Muslim World in Transition: Contributions of the Gülen Movement,” to be held on Oct. 25-27 at the House of Lords in London.