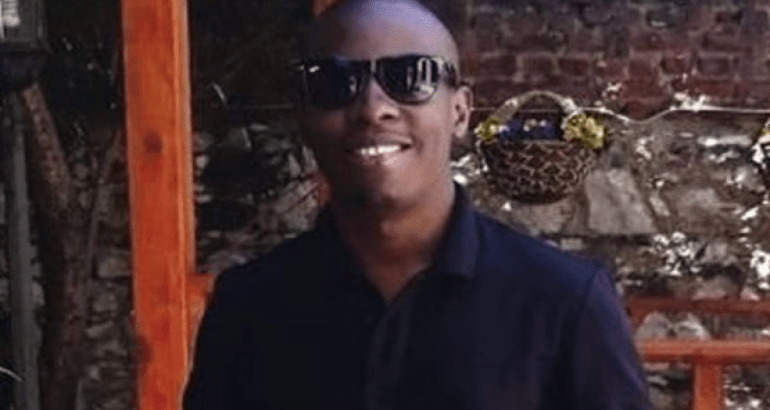 We often focus on high-profile cases such as those involving lawmakers, journalists and human rights defenders in the Turkish government’s unprecedented persecution of critics and opponents, perhaps justifiably so as they are the ones who would bring the silent voices of victims in this relentless crackdown in Turkey to public attention.

Turkey’s dictator Recep Tayyip Erdoğan, who locked up over 50,000 people in overcrowded jails and rounded up close to 200,000 in the last year alone, has deliberately and systematically targeted media, rights organizations and opposition deputies precisely to muzzle voices that would raise the issue of mass victimization in Turkey and tell the individual stories to the world. Therefore, we have more compelling reasons now to expend extra effort, time and resources to thwarting Turkey’s oppressors from doing so by highlighting cases of people who have little or no avenue left to publicize their stories.

That is why I’m going to devote my column today to a young exchange student from Uganda who was robbed off his years of university education in Turkey when he got caught up in the persecution by the Erdoğan government. Although such cases were covered in the foreign media in general terms, especially for Nigerian exchange students who were unlawfully detained in large numbers in Turkey before they were deported in 2016, the individual cases were often overlooked. Ibrahim Seruwagi, a 26-year-old man from Kampala, recently reached out to the Stockholm Center for Freedom (SCF), an advocacy group I’m leading in Sweden to monitor rights violations in Turkey.

He was studying medicine at Ege University in the western province İzmir, one of the oldest public universities in Turkey, when Erdoğan orchestrated a failed coup on July 15, 2016 as a false flag to set up his critics and opponents for mass persecution. Seruwagi weathered the turmoil when the government went after not only alleged coup plotters in the military but effectively everybody else that were deemed critical of the government from all walks of life.

Thousands of teachers, judges, prosecutors, diplomats, doctors, journalists, union members, NGO workers and others were suddenly faced with absurd charges, from coup plotting to terrorism without any evidence to back up such accusations. The government’s main target was and still is Turkish Islamic scholar Fethullah Gülen, who lives in the US. Gülen has been critical of Erdoğan over rampant corruption in the government and Erdoğan’s aiding and abetting of armed jihadist radical groups in Syria.

Seruwagi thought he had been spared from the government wrath that led to the detention and expulsion of many foreign exchange students from countries in Europe, the Middle East and Africa. He was wrong. On April 20, nine months after the coup attempt, he received a call at around 3 p.m. from the immigration office in Izmir to come in and sign some documents. He went there as requested and was told to wait when he arrived. Three hours later, two police officers showed up to pick him up, and that is when he was told he would be deported back to his home country. He was taken to the police station and was processed, his mug shots taken like a criminal and fingerprinted.

He was later taken to a hospital for a medical check-up as required by the law to process suspects. Then the police placed him in a deportation center in İzmir’s Çiğli district at around 10 p.m. No lawyer was provided for him during all these processes, and he was not allowed to call anybody, either. He was branded a national security risk without any investigation or hearing and was not allowed to defend himself against the charges.

The only question he got asked was whether he would be willing to be go back to Uganda, and he said no because he was only a month away from graduating from medical school. He was forced to sign a document testifying that he was not willing to go back. He says he had to spend two months in a maximum-security prison with felons and criminals. He was only allowed to go out for 15 minutes a day while being locked up for the rest in a place he says was very dirty. He had to wear the same clothes for two months as no clean clothing was provided to him by the authorities.

On June 18, 2017, he was forced to board a plane and deported from Turkey with no documents explaining why he had been expelled. He did not even get a chance to retrieve his belongings from the apartment he was renting in İzmir. Seruwagi lost the six years of his life he had spent studying medicine in Turkey with all the language and cultural challenges of a foreign country. He unsuccessfully tried to get into medical school in Uganda but had difficulty in obtaining original and official documents from the Turkish university he attended for six years. “I don’t know how you can help, but I needed to tell my story [to someone] who understands what’s going on. I did nothing wrong, but I have lost my future. This is not fair at all.”

Seruwagi is absolutely right. He had done nothing wrong yet he was punished for being unlawfully profiled by the Turkish government as a security risk without any evidence of illegal activity. The usual trumped-up charge the government uses in such cases is alleged links to the Gülen movement, which the Erdoğan government had been supporting until December 2013, when a multi-billion-dollar corruption investigation incriminated Erdoğan and his family members. He scapegoated Gülen for his own troubles and launched a witch-hunt against him and his followers. Seruwagi has nothing to do with that; yet, he was declared a risk in the escalating paranoia that landed many foreign nationals, including American and European citizens, in Turkish jails on what appear to be completely fabricated charges.

Unfortunately, Seruwagi’s terrible tale is only one of many sad stories about exchange students who have been wronged by the Turkish government. Some 50 students from Nigeria were detained and deported without any reasonable justification by Turkish authorities on Sept. 30, 2016, forcing them to discontinue their studies. The incident created a diplomatic crisis between Ankara and Abuja, prompting criticism of Turkey by the Nigerian government. Yet, Turkey proceeded with the mass deportations, anyway. More cases were reported by SCF, which monitors human rights violations in Turkey.

Mehmet Ali Bolat, president of pro-Erdoğan group the Federation of International Student Associations (FISA), said international students who were identified as having connections to the Gülen movement were deported and that the police had sent these students from Turkey. According to an interview published in the radical Islamist Diriliş Postası daily, Bolat claimed some of 4,163 students studying at 15 universities affiliated with the Gülen movement in Turkey were deported by Turkish police. All these universities were shut down by the Erdoğan regime.

Seruwagi was not enrolled in any of these universities and in fact was studying at a state university, but he was victimized as well. That means the real number is actually much higher than reported in the media, and there are many cases like Seruwagi’s that need to be studied, exposed and brought to the attention of the world. Hopefully we can name and shame the Erdoğan government for inflicting these injustices on innocent and law-abiding people and perhaps even get some closure, if not justice, for those who still feel the pain and agony.