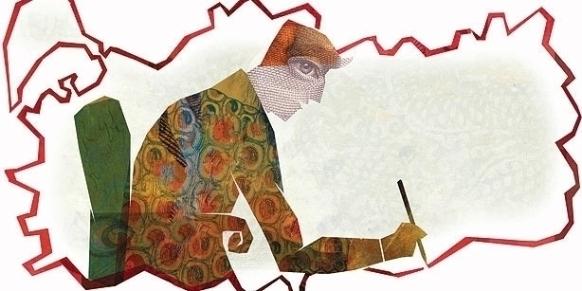 A government-sponsored plan to accuse the faith-based Hizmet movement of terrorism and working to overthrow the government, without providing any evidence, and a police order to initiate a probe into members of the movement as part of this plan have caused widespread outrage, with critics describing the plan as no more innocent than the wicked practices of coup periods.

According to critics, the plan to target Hizmet, a worldwide network active in education, charity and outreach, on fictitious accusations is highly reminiscent of and even harsher than the Feb. 28, 1997 postmodern coup period.

The National Police Department sent a written order to police departments in 30 provinces on June 25 in which it accused Hizmet of working to topple the Justice and Development Party (AK Party) with no evidence and asked the police to inquire if the movement is an armed group. The order, which called for a secret and comprehensive probe into Hizmet, was drafted by head of the National Police Department counterterrorism unit (TEM) Turgut Aslan. It followed an earlier order by the Ankara Chief Public Prosecutor Serdar Coşkun who sent an order to the Ankara Police Department and its Anti-smuggling and Organized Crime Bureau (KOM) on June 11 to carry out a secret and unlawful investigation into the Hizmet movement.

In the order, Aslan asked heads of the 30 police departments to profile members of the Hizmet movement in their provinces, whether they be students, public servants, artisans or bureaucrats, and inquire if those members have the strength to overthrow the government or abolish the Constitution if they happen to have any armed power.

Retired military judge Veysi Savaş compared the anti-Hizmet plot with several plots devised against the country’s conservative population during the Feb. 28 period and said the plot is no more innocent than its predecessors. “The order sent to the police departments is no different than orders sent by the State Security Courts [DGMs] to members of the judiciary in the run-up to the Feb. 28 coup,” he noted, and recalled that the DGMs were abolished in 2004 due to their anti-democratic practices.

On Feb. 28, 1997, the powerful military forced a coalition government, led by late Prime Minister Necmettin Erbakan, to step down, citing claims of rising religious fundamentalism in the country. Erbakan subsequently resigned and his Welfare Party (RP) was shut down by the courts. The Feb. 28 coup brought a series of severe restrictions on social life, including the expulsion of thousands of pious officers from the military for no reason at all and an unofficial but widely upheld ban on the wearing of headscarves at university campuses and in positions of public service.

Main opposition Republican People’s Party (CHP) Secretary-General Gürsel Tekin described the government-sponsored plot against Hizmet as “banditry.” “Whoever devised this plot and sent it to police departments has committed a crime. Turkey has never witnessed such widespread profiling of its citizens. Turkey has never witnessed a period during which the law was violated so harshly and boldly,” he said, adding, “We did not undergo such troubling times even during Feb. 28.”

Since a major graft operation became public on Dec. 17 of last year, Prime Minister Recep Tayyip Erdoğan, who is also the AK Party leader, has continuously referred to Hizmet as a terrorist organization that, acting on the orders of foreign powers, is trying to stage a coup against him. He has even likened Hizmet volunteers to hashish-consuming assassins. He has not yet provided any evidence for his claims and accusations.

The prime minister has also complained that the graft investigation was orchestrated by the Hizmet movement and vowed to respond with a counter-operation after the March 30 local elections.

In his order, TEM head Aslan also asked police departments to carry out a probe to see if the Hizmet movement had any role in some infamous assassinations that shook Turkey in recent years, which include the killing of Turkish-Armenian journalist Hrant Dink in 2007, the murder of Catholic priest Father Andrea Santoro in 2006, an attack on the Council of State in 2006 in which a senior judge was killed, the murder of three Christian missionaries at a bookstore in Malatya in 2007 and the killing of Jewish businessman Üzeyir Garih, who was found murdered in a Muslim cemetery in İstanbul in 2001.

In connection with those criminal acts, Aslan asked the police to search locations belonging to members of the Hizmet movement to see if they possess any documents related to the assassinations. If they discover any such records, Aslan noted in his order that the documents should immediately be sent to the National Police Department.

Independent deputy İdris Bal, who resigned from the ruling AK Party in November 2013, said a plan to establish a link between Hizmet and those assassinations — even though there is no evidence of such a link — is a crime. “It is a crime according to both our Constitution and universal laws. It is also a crime according to democratic principles. It is against human rights,” the deputy stated.

According to Bal, the plot against Hizmet and recent statements made by Prime Minister Erdoğan suggest that the government will carry on its witch hunt against the faith-based movement. “It is evident that more polarization awaits Turkey. What we need is not polarization, we need normalization. We need democratic principles to be applied in our country,” he said, adding that officials behind the plot against Hizmet must be called to account for their unlawful practices.

In a public address in May, the prime minister effectively confessed carrying out a witch hunt. When commenting on the reassignments, the prime minister — without providing the slightest shred of evidence — accused the reassigned officers of “betraying Turkey” for their suspected alliances with the Hizmet movement, which he currently views as “enemy number one.”
“If reassigning individuals who betray this country is called a witch hunt, then, yes, we will carry out a witch hunt,” Erdoğan said.

Ertuğrul Yalçınbayır, a founding member of the AK Party and the party’s former deputy chairman, when commenting on the government-sponsored plot against the Hizmet movement, recalled that the plot was brought to the fore first late last month when former Interior Minister İdris Naim Şahin submitted a question to Parliament, asking if there is a secret plot against Hizmet and if the AK Party had mobilized all its resources to gather evidence to initiate an operation against the movement.

According to Yalçınbayır, AK Party officials should have responded to İdris’s question by the beginning of July, but they did not. Yalçınbayır also said the government’s plan to “root out” the Hizmet movement is part of a bigger plan to do away with claims of corruption and bribery leveled against its officials in the aftermath of the Dec. 17 and 25, 2013 investigations.