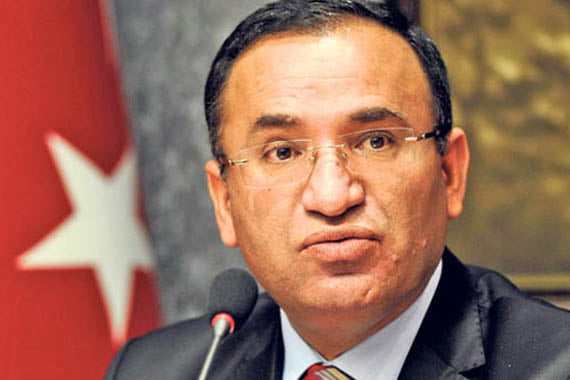 Turkey’s Deputy Prime Minister Bekir Bozdag paid a visit to the local Turkish school, during his official visits in Moldova.

A Moldovan students performed a Turkish song in Bozdag’s honor. “The Turkish schools –be it in Moldova or elsewhere in Europe, Africa, Asia, Middle East or Balkans- have been Turkey’s source of pride. They have achieved great success,” the deputy PM said.

Following his official visits in the Moldovan capital Chisinau, Bozdag visited the local Orizont Turkish School. The deputy PM was briefed on the school by the Orizont Schools General Manager Turgay Sen and the principal Mehmet Ali Yazar.

In his statements, “The Turkish schools -be it in Moldova or elsewhere in Europe, Africa, Asia, Middle East and Balkans- have been Turkeys’ source of pride. They have achieved great success,” the deputy PM said.

He went on to say the Turkish schools have successfully presented a brand new education model in practice to the world. They also exemplified how people can get to know each other and collaborate, and how cooperation and collective effort can lead to great success. “Therefore, we are proud of these schools.”

“The schools in Moldova have about 1,400 students and are teaching 4 different languages. They offer Turkish, English, Romanian and Russian courses. The students do not need to learn another language to study in Turkey.” He further said the schools have a proven track record of success.

A Turkish song in Bozdag’s honor

Bekir Bozdag, accompanied by the teachers, toured the school, later during the visit. He had conversations with the students in computer lab.

Having listened to a Turkish song by a Moldova student, Bozdag congratulated the student with a kiss on the forehead. He encouraged the students to study hard. Finally, the deputy PM posed for a picture with students as a memento of the visit.

Turkish schools have been opened across the world by the Hizmet movement — also known as the Gülen movement — a faith-based movement inspired by Turkish Islamic scholar Fethullah Gülen that promotes education with the aim of fostering interfaith and intercultural dialogue.