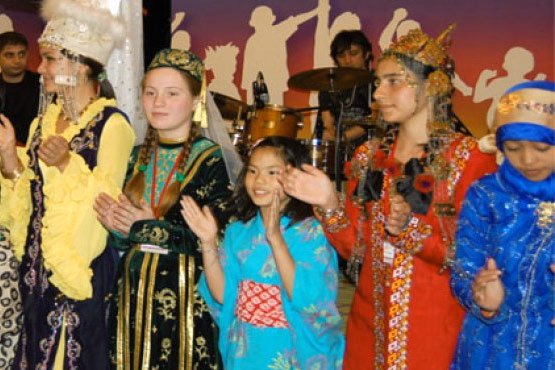 (Ebru News/AP) Turkish schools in Iraq have become a source of pride in Turkiye. All the students attending Nilufer Girls College in Arbil province were placed with high scores in important faculties of the university. Iraqi officials who attended the diploma ceremony said that these students improved themselves quickly and drew attention with their success in the universities.

Turkish schools established in the north of Iraq that turned out to be winning the hearts of the people in northern Iraq. 8 schools, which are members of Fezalar Education, send their students to the best universities in the region with highest scores.

“Here in this region medicine and engineering are the most popular majors. 90% of our students were able to enroll to these faculties. We hope that they will have important roles for the future of the region.”

During 2006-2007 academic year, all the students attending Nilufer Girls College in Arbil province were placed with high scores in important faculties of the university. The students have just received their diplomas with a ceremony. Arbil Education Director, local university’s president, the CEO of Fezalar Education, the teachers of the college and the parents were at the ceremony.

Iraqi officials attending the diploma ceremony praised the Turkish schools. Also they thanked the Turkish entrepreneurs who volunteered for the establishment of these schools and the teachers because of the high quality of the education.

Nilufer Girls College graduate Avan Serdar who was replaced to school of Medicine in  Selahaddin University with a score of 99.4 as the 16th student in the rank said  that the education, which she received in the Turkish school facilitated her in the university.

Sad Navzad, one of the successful students in his school, was placed to the irrigation engineering in the third rank. Sad is praising his school, which helped him gain a prestigious position at the university.

Turkey’s Eximbank, a state-controlled bank established to support exports, signed an agreement worth $300 million with the Pakistani government on Wednesday to provide financial aid to infrastructure and urbanization projects in Pakistan. At the meeting, which was organized by the Turkish Confederation of Businessmen and Industrialists (TUSKON), Turkish Economy Minister Zafer Çağlayan, Pakistan Prime Minister […]