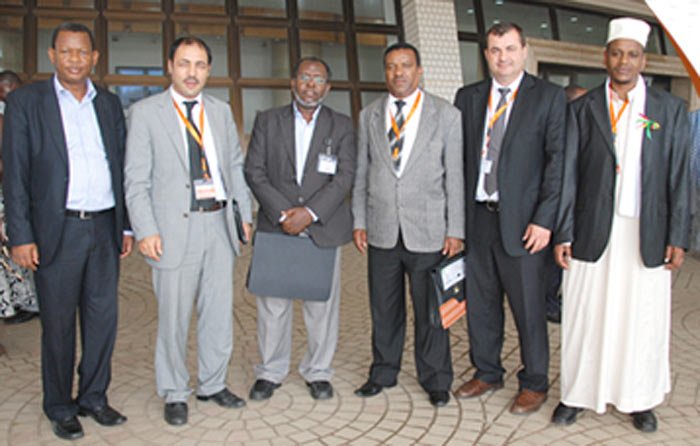 African Heads of states and religious leaders have launched the ‘African Initiative on Education for Peace and Development through Inter-religious and Intercultural Dialogue‘ in Cotonou, Republic of Benin.

Launching the initiative on behalf of African leaders, President Yayi Boni, of the Republic of Benin , who is also the African Union Chairman urged member states and it’s people to use inter religious and cultural dialogue to resolve the conflicts ravaging Africa and the world at large. He said the current spate of religious and racial conflicts across Africa are great concerns to African leaders.

He presented the activities of the Foundation in terms of the role of interfaith dialogue in maintaining the culture of peace. He also talked about Mr.Fethullah Gulen and Hizmet Movement as the theoretical background of the Foundation.

During his speech he noted that The Journalists and Writers Foundation expanded its scope of intercultural dialogue activities with the United Nations ECOSOC General Consultative Status. The Foundation started to co-operate with different offices all over the world. Representative offices were opened in New York, Geneva, Vienna, and Nairobi and recently in Addis Ababa. Some of the featured events of the foundation realized under the department of Global Affairs.

Source: The Journalists and Writers Foundation , May 28, 2015