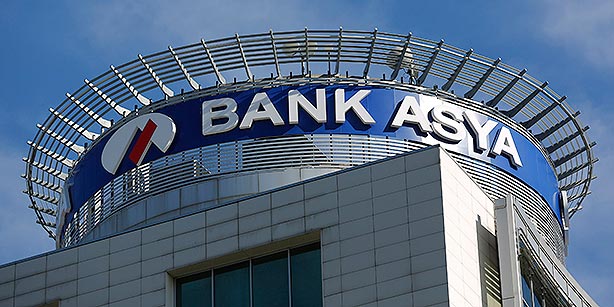 After a three month-long interim management, the Banking Regulation and Supervision Agency (BDDK) announced in late May it had handed over control of the lender to the Savings Deposit Insurance Fund (TMSF) in what most have called a politically motivated move.

In a statement to the press on Monday, lawyer Süleyman Taşbaş announced he had filed a lawsuit on behalf of the B-type shareholders of Bank Asya against the ruling with the Ankara Regional Administrative Court in a bid to secure an injunction and compensation for losses sustained at Borsa İstanbul (BİST). Earlier, the decision was challenged by A-type shareholders as well.

Highlighting that the period for an appeal will expire on July 29, two months after the BDDK’s decision, Taşbaş called on all shareholders to file similar cases against it. Bank Asya has around 18,000 B-type shareholders.

On Feb. 3, the BDDK said it had transferred management control of Bank Asya to the TMSF citing the lack of certain identification documents pertaining to more than half of all A-type shareholders. The attempt was perceived by many as the latest extension of an intimidation campaign against the lender as the bank had long been targeted by high-ranking state officials.

Since then, 92 percent of shareholders have submitted the requested documents to the watchdog; however, the BDDK failed to return management to shareholders. Furthermore, it ratcheted up the pressure with a seizure decision on May 29 according to Clause B of Article 71 of the banking law.
According to Clause B, one of the conditions for the BDDK to act is if “the operator [the bank] poses a danger with regards to the interests of deposit holders or shareholders and stability along with the security of the financial system.”

Bank Asya was founded by sympathizers of the faith-based Gülen movement — also known as the Hizmet movement and inspired by Turkish Islamic scholar Fethullah Gülen — in 1996.

The government accuses Hizmet supporters of organizing a “coup attempt,” referencing investigations into corruption and bribery that implicated several Cabinet ministers, President Recep Tayyip Erdoğan’s family and pro-government businesspeople. The major graft investigations were made public on Dec. 17 and 25, 2013.