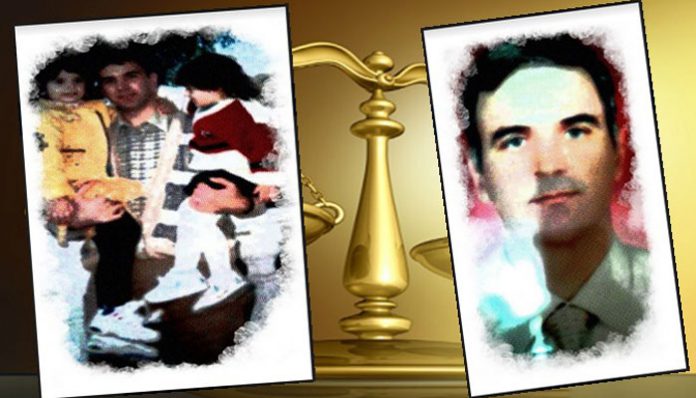 Yavuz Bölek, a former police chief who was dismissed from his job following corruption probes implicating Turkish President Recep Tayyip Erdoğan, has colorectal cancer and will soon be paralyzed if he is not given medical attention.

His requests for treatment have been ignored.

“My husband is slowly dying in prison for a crime he did not commit. For chemotherapy, the prison administration allows him to go to a hospital, which is almost four hours from the prison. He is in need of nursing, but sometimes they do not even give him a simple aspirin,” wife Nurgül Bölek told Turkey Purge.

She also added that her husband cannot even stand on his feet during visitation hours at the prison.

The dismissed officer is now among hundreds of thousands of people who find themselves facing tremendous difficulties after the government started a desperate crackdown on public servants in the aftermath of a July 15 coup attempt.

Bölek was initially detained on Sept. 29, 2014 in a predawn operation in Antalya, which prosecutors said was launched following allegations of spying and illegal wiretapping between 2009-2013. After staying in custody for three days, he and six of his colleagues were sent to jail. However; on Oct. 7, 2016, a judge ruled for his release pending trial.

As part of the same investigation, Bölek was dismissed from his job on Jan. 9, 2015.

On March 31, 2015, the 3rd Antalya High Criminal Court launched a separate investigation and issued a detention warrant for Bölek over alleged spying and illegal wiretapping activities. However, Bölek refused to surrender because he believed that the operation was an act of revenge by the government after a corruption investigation that became public on Dec. 17, 2013 implicated dozens of people, including businessmen, senior bureaucrats and the sons of three now-former ministers of the Justice and Development Party (AKP) government.

After living on the run for almost a year, Bölek was diagnosed with colorectal cancer in May 2016 and received chemotherapy at an Antalya hospital. Despite providing the court with doctor’s reports showing his deteriorating condition, he was arrested by a court on Aug. 25, 2016 and sent to an İzmir prison. According to his family, because of unprecedented pressure in the prison, the cancer quickly advanced in his body and Bölek had a stroke and underwent brain surgery.

Days after the operation, despite his doctor’s red alert, he was re-sent to prison where he had another stroke. Despite his aggravated health conditions and several doctor’s reports, Bölek is still being kept in an İzmir prison.

“I was kept naked in the cold. I was beaten. Pressure was applied to my genital area. The pain didn’t stop for months. I am a bachelor, and I may never be a father,” he said.

Vakkas Doğantekin, a pro-government columnist and the president of the California-based Turkish community organization, TURCA, has attacked a Turkish speaking ice-cream seller by calling him “terrorist” and “dogs of jews.”