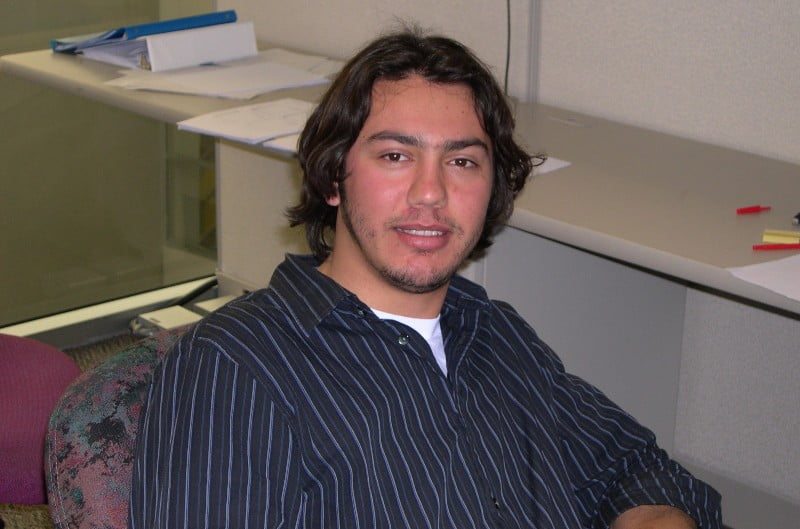 Golge was born in Turkey, but has become a U.S. citizen. He and Hofler met as graduate students at Old Dominion University in Norfolk and stayed in touch over the years.

“It was just sort of a check-in email,” Hofler said. “He wrote back and said, ‘Yes, I’m safe, but I was in the airport just prior to that.’ ”

On the heels of that airport bombing came a military coup attempt to topple Turkish President Recep Tayyip Erdogan, so Hofler checked in yet again. And again, Golge assured her he was still safe, in Turkey visiting family, but planning to return to the U.S. July 24.

That was the last Hofler heard from him.

“Since he had been so quick to respond to the other emails, I sort of worried,” Hofler said. “So that’s when I did the online search and his name came up, and I was just stunned.”

What her search found was news reports out of Turkey saying Golge had been detained and arrested, suspected of involvement in the failed coup.

According to several online reports, Golge, 36, was arrested in the southern province of Hatay, where he was visiting relatives. Someone had accused Golge of being part of the Fethullahist Terror Organization, the government’s designation for the Gulen movement that Erdogan believes masterminded the overthrow attempt.

The Hatay provincial governor also noted Golge had studied at a school linked to the Gulen movement before attending Fatih University in Istanbul.

After earning a degree there, Golge came to Hampton Roads for graduate work. He studied accelerator physics at ODU from 2002 to 2010, followed by postdoctoral work at North Carolina Central University in Durham, N.C., from 2010 to 2013.

While at both universities, he conducted accelerator physics research at Jefferson Lab in Newport News, where Hofler is now a staff computer scientist.

In 2013, Golge became a senior researcher at the University of Houston, as well as a contractor at NASA’s Johnson Space Center, where he studies the effects of space radiation on crew aboard the International Space Station.

“We are hopeful for his well-being and speedy return,” Lindsey said in an emailed statement.

Hofler hopes for the same, but in a tearful phone interview Wednesday said she was torn.

“I also have concern that, if we give too much publicity to his situation, that he becomes a high-value target,” Hofler said. “And I don’t want that to happen.”

NASA headquarters in Washington, D.C., referred all questions to the State Department.

Golge’s situation has attracted the attention of the Committee of Concerned Scientists, an independent advocacy group based in New York City.

The group’s executive director, Carol Valoris, said they just sent a letter to Vice President Joe Biden urging him to advocate for thousands of Turkish scientists, physicians, engineers and scholars detained and arrested since the coup attempt. Biden is scheduled to meet with Erdogan on Friday.

“There is a physicist, in particular — an American citizen, who went to Turkey prior to the coup to visit his parents and was arrested in the post-coup period,” the letter states. “He is a scientist with NASA and we are quite concerned about his well-being.”

Valoris said they see mixed results when they agitate for the civil rights of detained colleagues.

“I think it helps some,” Valoris said. “Sometimes it helps a great deal in that actually it changes the direction, the course that things are going in. I think it helps a little in that it makes them aware that … if they were looking to hurt somebody or torture somebody or have someone just disappear off the face of the Earth, knowing that people are looking.”

Golge is married and the father of two sons, ages 6 and 5 months.