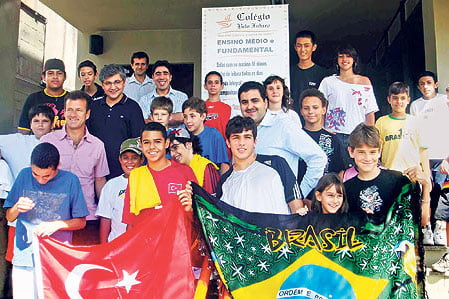 “The cooperation in the field of education between the two countries will pay off even more in the coming years,” he noted. Dunga, who was in İstanbul earlier this month to participate in the 18th Annual Zaman Sports Awards, recalled that he visited two Turkish schools and admired the Turkish youth’s respect for their elders. “I witnessed the importance attached to teachers and parents by Turkish students. Turks are very friendly and warm people, like Brazilians. We welcome Turkish entrepreneurs’ investments in the field of education. We believe the relations between the two countries will be strengthened by such initiatives,” he added.