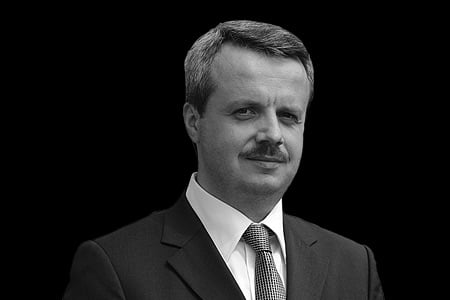 The volunteers of the Hizmet Movement do not expect appreciation from anyone. Their highest ideal is that humanity can live in a world dominated by love and peace. The fidelity of Anatolian people makes them forget about all their trials and tribulations, yet the lack of fidelity from certain friends can hurt them. Nevertheless, they say, “Peace be with you,” to the ignorant people who happen to bicker with them because they are the elect servants of God.

There is a rapidly changing agenda both in Turkey and around the world. It is virtually impossible to follow this agenda fully.

The killing in Syria is continuing at a fast pace and the murderer at the helm is not inclined to give up any time soon. A group that uses the designation “Islamic” lends support to this massacre — support, not just remaining silent in the face of it. And no-one asks, or no-one is able to ask, “How can they call themselves Muslims while supporting the killing of Muslims in Syria?” When sectarian fanaticism replaces religious faith, the right to life of other sects is waived.

The undemocratic attempt to amend the Code on Criminal Procedure (CMK) to release defendants in some major coup cases; the Uludere tragedy, in which 34 civilians were mistaken for terrorists and killed by military airstrikes in Şırnak’s Uludere district due to false intelligence; the government’s efforts to ban abortion and curb C-section births, etc., have all left the country in complete confusion. It is not clear which agenda item has been devised to replace which. Everyone talks about everything. Religious values are being ridiculed, family intimacy and female dignity are being destroyed and no-one cares about them.

Meanwhile, a true agenda item that cannot be overshadowed by any artificial debate comes and is welcomed sincerely by many: The International Turkish Olympiads find a way into the lives of the general public. It is an organization guided by sincerity, miles away from pomp and display or ostentation. It is an exemplary project made possible by the collective efforts of volunteers [of the Hizmet schools]. Everywhere across Anatolia you can find the same enthusiasm and excitement. People rush to give a warm welcome to these kids. Every day magnificent images from cities across the country can be seen on TV or in newspapers.

This exciting organization is as humble as those who labored to make it happen. It just flows on its course like a rushing river. You do not see the teachers who educate thousands of students with love and share with them the finest human values. None of them take the stage to boast, “This is our work.” No-one knows them. They don’t like to be talked about. They have dedicated themselves to human virtues. They expect nothing in return. They will be happy if their efforts help humanity in some way or other. During the ceremonies, they are referred to collectively as the “teachers who raised these kids,” and they feel no resentment at not being explicitly mentioned. They are part of a legend in the making in the eyes of the whole world. They are creating the legends hailed by everyone with a conscience. They are creating legends without nurturing hopes of material gain. They are creating legends without bragging about it. The whole nation embraces them warmly. Just as supporters of the program economize on their fundamental needs in order to send money to organizers in support of their educational projects, they rush to attend the programs organized at home. Their love and the scope of their appeal is so great that stadiums cannot contain it. Spectators shed tears of happiness, and these Olympiads rise to the top of the social sharing networks. Enthusiasm is dripping from the messages posted online. People join to foster the atmosphere in their respective cities. Everyone who values fairness and good conscience applauds this modest festival. Whatever their ideologies or views are, mindful people can be fair. Indeed, fidelity to the truth is a rose that grows in a friendly climate, and it is one of the freshest fruits of conscience.

There is also the envious rivalry, which is the lowliest weapon in the arsenal of evil people. It’s origin is unknown. There are also those who are blinded by envious rivalry. They are burning to sling mud at this organization. They are seeking to exaggerate the most insignificant matters in order to overshadow its good deeds.

Envious rivalry is a disease. An envious person is a problematic one. People infected by this spirit set their eyes on what other people have and try to get it, and they lose their minds when they cannot achieve this end. They want to control all of the good deeds and, when they cannot have them all, they tend to ignore or defame them. Envious rivalry is like a virus that destroys all good deeds. Anyone who contracts it cannot be saved. Otherwise, certain unfortunate people who live in towers built from conceit and arrogance wouldn’t have the courage to fight hammer and tong with those who carry the flag of modesty on earth.

Some of these people exhibit artlessness by saying, “Actually, what we do is better,” though expressing their appreciation. Some “friends” give minor coverage to the Olympiad news in their newspapers, or they don’t cover it all. Some parrot the “dialogue” cliché just when the Olympiad season starts. They criticize the people who serve humanity without discriminating on the basis of race, religion or language. People who perform good deeds are always stoned. This is a real and concrete project implemented by Fethullah Gülen and the people inspired by his views, despite numerous unfounded charges against them. Here you can find realities, not rumors. Here is a concrete achievement, not baseless claims or slander. Many people are feeling jealous about it, so they choose to besmirch and belittle it. Just as sectarian fanaticism makes people blind to ongoing massacres, other forms of fanaticism can cloud the eyes so that the sun cannot be seen. The feeling of jealousy can enter hearts as a pitch dark mass and blacken them, eclipsing the good deeds done by others.

No, the volunteers of this movement do not expect appreciation from anyone. Their highest ideal is that humanity can live in a world dominated by love and peace. The fidelity of Anatolian people makes them forget about all their trials and tribulations, yet the lack of fidelity from certain friends can hurt them. Nevertheless, they say, “Peace be with you,” to the ignorant people who happen to bicker with them because they are the elect servants of God.

*Süleyman Sargın is a theologian and columnist with Zaman daily.