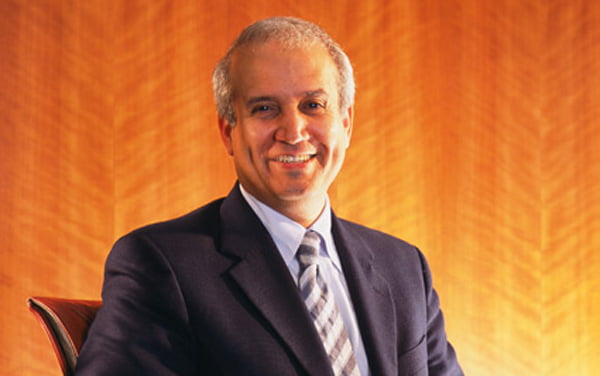 We had expected that it would be Syria’s president who would fall, but it seems that the storm will topple Turkey’s prime minister Recep Tayyip Erdoğan, who today finds himself up to his ears in trouble. Erdoğan has recently been verbally attacking everyone, including even his own allies. In his most recent statement he threatened Islamic preacher Fethullah Gülen, saying that his government “will reach your caverns and tear you into pieces.”

Earlier this week, Turkish police stormed the houses of Erdoğan ministers, tarnishing his government’s reputation after they reportedly found bags full of Iranian funds. This scandal marks the biggest corruption case in Turkey’s modern history. The forthcoming trials will undoubtedly further damage the reputation of the man who was once seen as invincible.

Instead of responding to the accusations, Erdoğan has said that there’s a foreign conspiracy against him. But who is the conspirator? Is it his—until recently—major ally and political partner, Gülen, who currently resides in the US? Or does he mean Syrian president Bashar Al-Assad? Or Egyptian Defense Minister Abdel-Fattah El-Sisi? Or Israeli Prime Minister Benjammin Netanyahu? What about the Americans? The Europeans? The Gulf? The Greeks? Maybe it is part of a domestic conspiracy? Or perhaps the Alawites or the Sufis? Erdoğan has so many rivals!

Erdoğan has even managed to anger Fethullah Gülen, the preacher who supported him for years, to the point that he issued a public statement denouncing the prime minister’s comments. Gülen said that Erdoğan’s recent comments have insulted his movement’s members. He said: “Those who call a Muslim a [member of a] gang, a network, a bandit and who sees them as gorillas and monkeys who are living in caverns… these are nothing but a reflection of shabby thoughts on words.” Gülen then called on his followers, which include millions of Turks, not to respond to Erdoğan’s “vulgar” statements!

Erdoğan may be correct in claiming that the corruption accusations represent a conspiracy against him. However isn’t he also the only one to blame for the number of rivals he has accumulated, mostly for trivial reasons? The irony is that when Erdoğan appointed Ahmet Davutoğlu as Turkey’s minister of foreign affairs, he affirmed that one of the reasons for this decision was his admiration for Davutoğlu’s book Strategic Depth: Turkey and its position in the international political arena. Davutoğlu’s theory highlights the importance of resolving any diplomatic problems between Turkey and its neighboring countries.

Today, it appears that Turkey is in dispute with almost all of its neighbors and former allies because of Erdoğan’s disposition and preoccupation with these never-ending battles.

Erdoğan is a contradictory character. He supported Libyan leader Colonel Muammar Qaddafi during his last days and condemned NATO’s intervention in Libya. Later on however he demanded intervention in Syria and called for boycotting the regime. At the same time, he violated the international siege against the Iranian regime and traded with Tehran, which in turn supports the Bashar Al-Assad regime.

Rather than resolving the situation, Erdoğan has exacerbated tensions with Egypt, making hostile political statements against the new government and welcoming the Egyptian Muslim Brotherhood in his country.

Now, he gets angry as to foreign parties conspiring against him—that is if his claim of conspiracy are actually true. The reality is that it is Erdoğan who took aim at both friends and foe alike, and so it is only natural that others will respond by firing back.

As the proverb says, people who live in houses of glass shouldn’t throw stones.

Abdul Rahman Al-Rashed is the general manager of Al-Arabiya television. He is also the former editor-in-chief of Asharq Al- Awsat, and the leading Arabic weekly magazine Al-Majalla. He is also a senior columnist in the daily newspapers Al-Madina and Al-Bilad. He has a US post-graduate degree in mass communications, and has been a guest on many TV current affairs programs. He is currently based in Dubai.