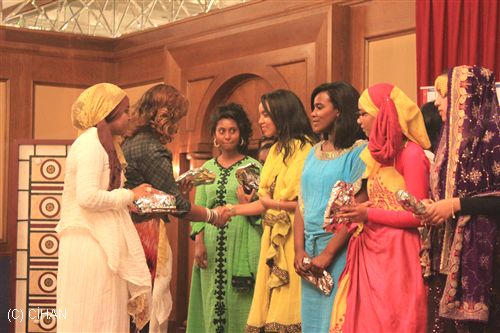 A remarkable program was held in Addis Ababa for the Ethiopian final of the 12 th International Turkish Olympiads was followed with great joy.

The program was held in Sheraton Hotel in the city with the participation of around 450 people, most of whom are the parents of the students attending Internationa Nejashi Turkish School.

The students competed in several areas such as song, dance, theatre and poem to be able participate in finals of the Turkish Olympiads in June. The audience was chanted with the performances of the students.