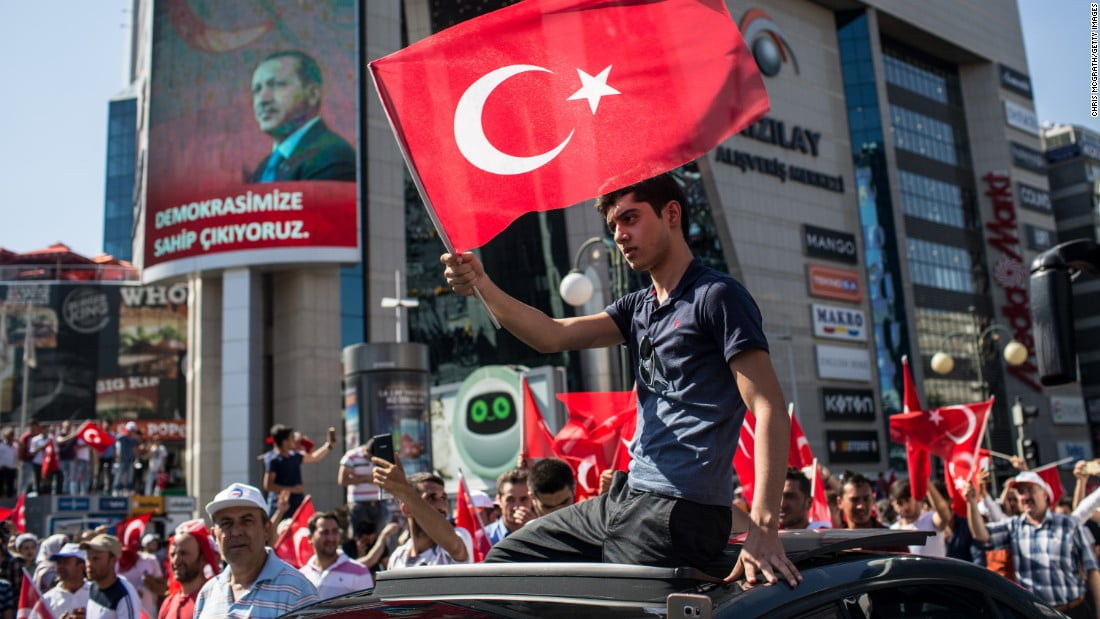 Some Nigerians studying in Turkey have pleaded with the Nigerian government to intervene and halt the continued arrest and detention of their colleagues in the wake of the July failed coup in that country.

They also lamented the deportation of some of their colleagues by Turkish authorities.

No fewer than 50 Nigerians attending private schools in Turkey, including Fatih University, were recently deported by that country after the coup attempt.

Thousands of people working for organisations linked to Mr. Gulen have been arrested in a clampdown condemned by local and international rights groups as excessive.

He said no fewer than 50 of the students had been arrested so far and detained under harsh conditions and that they were being denied access to their colleagues.

He said some of the students who were not deported or arrested were missing.

The student pleaded with PREMIUM TIMES to draw the attention of the Nigerian government to intervene immediately and save the students from further harassment.

“African students especially those from Nigeria are being hunted for. We are waiting for the arrest to get to our turn. Please pass this on to Nigerian government. Let them come to our aid before they charge us for treason,” he said in the post.

The student said the Nigerian detainees were being poorly treated.

“One of the detainees sneaked out to call me yesterday and said they are being treated badly,” he said.

“And the government is linking the student of the closed schools to FETO (an acronym Turkish government uses for organisations linked to Mr, Gulen).

“They told them that they are threat to the security of the country and they don’t trust them because they can be spies to the FETO group,” he said.

He further disclosed that two of the students who were trying to leave Istanbul for Nigeria to evade arrest were subsequently apprehended and detained at the airport for over an hour for questioning.

He said other nationalities were allowed without any interrogations.

The student also said he was not allowed to enter the airport after he was identified as a Nigerian though he did not have his international passport.

“I went to the airport but I wasn’t allowed to enter because I had no passport with me and was identified to be a Nigeria,” he said.

He however praised the Embassy of Nigeria in Turkey for responding to the predicament of the Nigerian students but lamented that the Turkish government was not cooperating with it.

According to him, the Turkish authorities refused to disclose any information to the embassy officials.

The source also said Nigerian students were transferred indiscriminately from the universities that were shut to other public schools after the failed coup.

Turkey closed scores of universities and schools linked to Mr. Gulen after the coup-

The Nigerian student stated that many of the students were also deported on arrival and that the Turkish authorities cancelled their resident permit due to closure of their universities.

“We the students from the closed universities were transferred to different public schools,” he said.

“And those students were treated like criminals and made to pay huge fine for entering Turkey.”

“The detainees confirmed to us that they are being handcuffed and they buy their food themselves. They are kept in dirty rooms. Right now we don’t even know where they are. They were asked to pay for their own lawyers,” the source said.

Efforts by PREMIUM TIMES to speak with Nigeria’s Minister of Foreign Affairs, Geoffrey Onyeama, on the matter were not successful.

The minister did not respond to calls to his mobile telephone neither did he reply to a text message sent to him.

However, the Special Assistant to the President on Foreign Affairs and Diaspora, Abike Dabiri-Erewa, said government had already initiated moves to halt the harassment of Nigerians in Turkey.

“The ministry of foreign affairs through the permanent secretary summoned the Turkish ambassador immediately the information was received,” Mrs. Dabiri-Erewa told PREMIUM TIMES.

“While both countries are working at resolving the issue through every possible diplomatic channels, the ministry of foreign affairs made it clear that such act against Nigerians will not be accepted.”