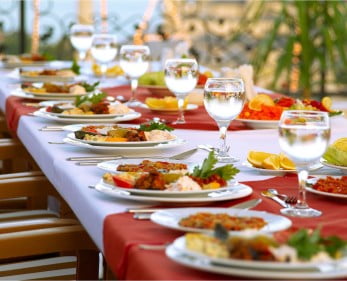 According to Cihan, Columbia University hosted an iftar, inviting eminent members of the community to join.

It was organized by the Peace Islands Institute (PII), the New York Interfaith Center and Columbia University’s religious studies department.

With the recent terrorist attacks and ISIS running rampant throughout the Middle East, distorting the Muslim faith, this unity shows that in many other parts of the world people are making attempts to combat the violence and hate.

At a workshop on Turkish-Jordanian relations organized by the Journalists and Writers Foundation (GYV) in İstanbul on Wednesday, top aide to the prime minister and Ankara Deputy Yalçın Akdoğan said that Turkey pursues a value-based foreign policy, not one based on national interests. Stating that Turkey approaches its region with the idea of soft power and adhering […]