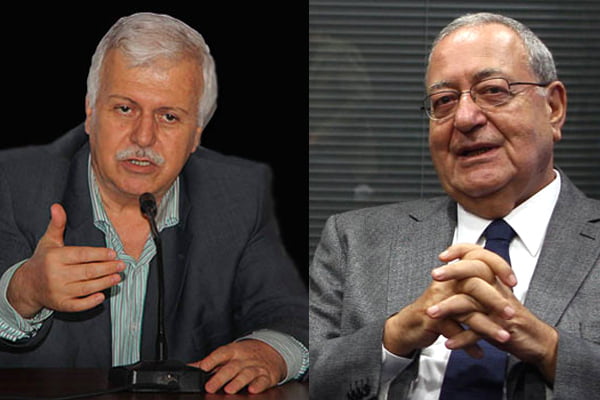 I never thought that I would have to write an article to respond to Mehmet Barlas. We have an old friendship with him. After Zaman daily Editor-in-Chief Ekrem Dumanlı’s answer to Barlas in his column in Today’s Zaman on Monday, though, I need to clarify a few issues without engaging in polemics.

Describing Zaman newspaper as the mouthpiece of the [Gülen] Community is hurtful. I have been working at Zaman for 23 years. I served as a senior executive for five years at this newspaper. This is my sincere assertion: The media organization that has been labeled as the mouthpiece of the Community is one of the rare Turkish media organizations where freedom of thought and expression and freedom of conscience are fully exercised. No Turkish media organization welcomes different intellectual and religious opinions as Zaman does. I don’t try to throw stones at anybody, and I can sincerely say that Zaman is one of the few newspapers in Turkey where people can write without worrying about being punished.

Another issue: Calling the “hizmet” movement — what we define as the unity of devoted people with similar emotions and opinions — a religious community is a great injustice to these people. As the esteemed Fethullah Gülen Hocaefendi several times stated, they are not a religious community. Yes, they are performing deeds only for the sake of Allah and saying that the life is nothing without concentration on Allah and yes, they adopt the principle of competing with each others to do good and to fight against the evils that surround us. But this is a requirement of a human being. While doing these, they are trying to correctly understand and interpret the circumstances and the potential of both our country and the world. The aim is pleasing to Allah, but the goal is to integrate with the world by protecting our identity and embracing universal human values. If the “hizmet” movement were a religious community, how would they appeal to the hearts of the people across the world, create a link between them and build bridges of peace between different cultures? The “hizmet” movement is not a religious movement, it is a humanitarian movement. Actually, if this was not the case, the efforts of the Gülen Community would be limited with the Turkic and Islamic world. The best example of this is the Turkish Olympiads, which are organized with the attendance of students coming from 150 countries. Put your hand on your heart and tell us: Is this organization, which aims to make Turkish a world language and calls on people to establish a new world, a religious community activity or a civil society one?

The third matter is about George Soros. A Russian journalist interviewed Mr. Barlas a few weeks ago and part of this interview was published as follows:

“‘Can we describe Gülen as a Muslim Soros?’ I asked. ‘Yes, we can. It is a fitting description,’ replied Barlas, smiling.”

Mr. Barlas denied this exchange. He said the real exchange was as follows:

“Daria Aslamova, reporter from Komsomolskaya Pravda asked ‘Can we describe Fethullah Gülen as a Muslim Soros?’ And I said it was an interesting analogy.”

In other words, Mr. Barlas says, “I didn’t say it, but the Russian reporter did.” But this is exactly what saddens me. I would expect him to retort in this way:

“No, I don’t agree with you. Such an analogy would be unfair. Mr. Gülen’s beneficial and dialogue-oriented services do not nurture any political motives.”

Indeed, many people accuse US financial speculator Soros of leveraging his financial power to manipulate domestic and political matters of countries. Apparently, with her Soros analogy, the Russian reporter is trying to add fuel to the campaign that seeks to create a distorted image of Gülen in Eurasia. I would expect a very clear objection from Mr. Barlas. Here, I must engage in self-recrimination. Despite our seemingly well-established dialogue with him, it appears we have been unable to express ourselves to Mr. Barlas. This is a failure on our part.