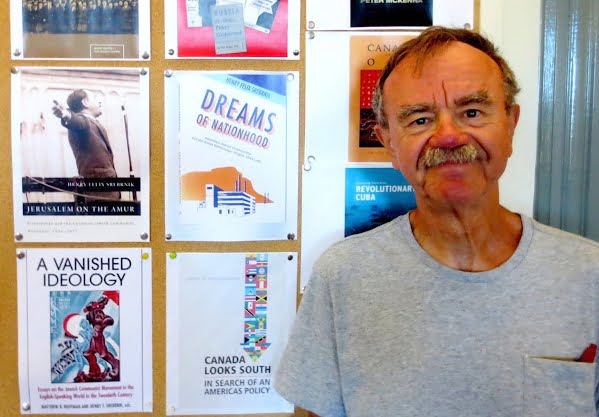 Fethullah Gulen, who lives in semi-seclusion in Saylorsburg, Pennsylvania, has been accused by Turkish President Recep Tayyip Erdogan of masterminding the July 15 attempt to overthrow him.

The 75-year-old imam began preaching in the Aegean city of Izmir in the 1970s, and soon began urging his followers to “move in the arteries of the system, without anyone noticing your existence, until you reach all the power centers.”

In 2000, Turkey’s authorities, under the secular government of Bulent Ecevit, charged him with plotting to overthrow the government but he had moved to United States two years earlier. A Turkish court acquitted the preacher of the charges in 2003, but he remained in the U.S.

As a fellow moderate Islamist, Gulen at first backed Erdogan’s Justice and Development (AK) Party, helping it to its electoral victories after 2002.

But, in 2013, the alliance began to come apart as police investigations into government corruption were blamed by Erdogan on Gulan.

Erdogan has compared Gulen and his supporters to a virus and a medieval cult of assassins. An official from Erdogan’s ruling AKP called the Gulen movement a fifth column.

Gulen and Erdogan had an earlier confrontation in 2010 over the Israeli commando raid that May on the Mavi Marmara, one of six civilian ships of the “Gaza Freedom Flotilla” organized by the Free Gaza Movement, a coalition which included the Istanbul-based Foundation for Human Rights and Freedoms and Humanitarian Relief (İHH).

They were trying to break Israel’s naval blockade of Hamas-ruled Gaza. Nine Turkish activists were killed, and Turkish-Israeli relations have only recently recovered, paving the way for the restoration of full diplomatic ties.

While Erdogan angrily denounced the Israeli action, Gulen criticized the organizers’ failure to reach an accommodation with Israel.

“What I saw was not pretty, it was ugly,” he told the Wall Street Journal on June 4, 2010. Gulen described their conduct as “a sign of defying authority and will not lead to fruitful matters.”

American Jewish organizations have been somewhat wary of Gulen, particularly because of past sermons and writings that Joshua Hendrick, a sociologist at Baltimore’s Loyola University, described as highlighting Jews as a crafty, wily group of people.

“This intelligent tribe has put forth many things throughout history in the name of science and thought,” Gulen wrote in a 1995 book. “But these have always been offered in the form of poisoned honey and have been presented to the world as such.” He added that they had an “incurable enmity to Islam and Muslims.”

His supporters today, however, describe Gulen as a moderate Muslim cleric who champions interfaith tolerance and dialogue.

Gulen does seem to have moderated his views towards Jews and Christians, and now condemns anti-Semitism. In the late 1990s, he met at least twice with senior delegations from the Anti-Defamation League.

“Gulen talked about his moderation regarding Islam, the Jews, Israel, and expressed reasonable and non-extremist views,” Kenneth Jacobson, who currently serves as the ADL’s deputy national director, recalled in 2005 about his first encounter with Gulen.

In 1998, Gulen met with Israel’s Sephardic chief rabbi Eliyahu Bakshi Doron in Istanbul, a visit that came about at the initiative of the cultural attaché in the Israeli consulate. This was the first time that a chief rabbi came on an official visit from Israel to Turkey.

In an interview with the Atlantic magazine in August 2013, Gulen stated that “I had a chance to get to know practitioners of non-Muslim faiths better, and I felt a need to revise my expressions from earlier periods.

“I realized and then stated that the critiques and condemnations that are found in the Quran or prophetic tradition are not targeted against people who belong to a religious group,” but “can be found in any person.”

Henry Srebrnik is a professor of political science at the University of Prince Edward Island.