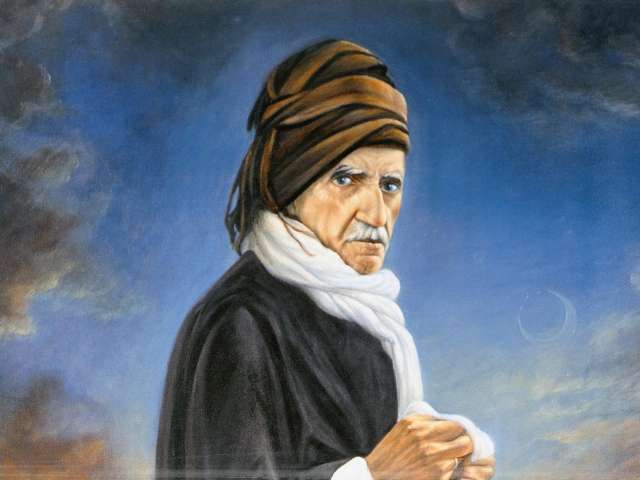 Even his death body was enough to disturb the regime

Bediüzzaman Said Nursî divided his life into three categories: The Old Said, The New Said, and Said the Third. In the era of old Said (1876-1927) he was a true representative of fighting spirit by being active in daily politics. He had a dream to found a university called “Medresetüz Zehra” in which physical sciences would be educated along with religious subjects. He devoted a remarkable part of his life for realizing this dream. On the one hand, he was defending constitutional legitimacy against oppression and autocracy and on the other he was scrambling to linger Ottoman Empire’s time. He was taken as a war prisoner by Russians who were fighting for invading eastern Anatolia. However, this did not stop his to write booklets to respond philosophic questions posed against Islamic thinking. He wrote his Arabic interpretation of verses of Quran “Isharat-ul İcaz” in the war time when he was fighting with Russian forces in Caucasus under very inconvenient conditions.

All obstacles hindering Muslims’ progress are: Ignorance, Poverty and Secession

Nursi’s burning ambition to establish “Medresetüz Zehra” dominated his agenda in the conferences he attended and books he wrote along with his talks with senior government officials. He thought this institution would offer healing to the century’s intellectual sufferings.

After he decided to embrace a reclusive life in eastern part of Anatolia following the war, he was forced to re-integrate social life. Nursi considered this as a warning from Allah and continued to seek finding solutions to the problems of Islamic world. He was intellectually preoccupied by deliberating on the troubling situation Muslims around the world faced. He determined the main problems which caused the heart-breaking defeat of the Muslim world as ignorance, poorness and lack of unity. According to Nursi these problems triggered anarchy and infidelity.

As a proposal to solve this problem he constantly suggested to open “Medresetüz Zehra” which would have branches in eastern Anatolian provinces like Van, Bitlis, Siirt and Diyarbakır populated overwhelmingly by the Kurds and Armenians. The language of education would be Turkish, Kurdish, Arabic and Persian.

Searching financial resources to open the university he dreamt for, Nursi found the Sultan as a meaningful starting point. However, after he asked to be accepted by Sultan Abdulhamid II to explain his cause, a sequence of troubles started to happen. His demand was refused. Moreover, since his letter was wrongly interpreted, the Sultan offered him a salary which was actually not Nursi’s intention. When Nursi turned his back to Sultan’s offer, he was sent to mental hospital in Istanbul. Not last but least, he was associated with the eruption of March 31 Movement, an intra-military clash to depose the Sultan and was brought in front of the court. Although the prosecutor demanded death penalty, with a well-prepared plea he was acquitted.

Following these troubles, he returned to Van from Istanbul and spent all his time to preparing the intellectual ground on which the idea of Medresetü’z Zehra would raise and explaining the need for such an institution in the province. He readied plans including the curriculum and financial feasibility reports and later embarked a travel to Mecca for pilgrimage. During his travel he gave conferences in each city he went through and lastly he preached in Damascus in the famous Emevi Mosque where he learned the government in Istanbul changed. Nursi regarded this as an opportunity and gave up going to Mecca for pilgrimage. When he arrived Istanbul he was welcomed by the new Sultan, Mehmet the fifth.

With his support, the construction of Medresetü’z Zehra was launched on the coast of Van Lake. As his dreams started to come true, a bigger trouble knocked the door: The First World War which accelerated the collapse of the Ottoman Empire. Nursi’s aspirations were left unaccomplished with the increasing pressure on the Empire, Russian assaults and the terror conducted by the Armenian militias in the region. Established a troop of volunteers including his students, Nursi joined the war aiming to protect Van where he lived. He was taken prisoner as some of his students including his nephew Ubeyd fell martyr. He was able to run away from prisoner camp in Russia with the help of a man who he described ‘looks like a guy wearing like Arabs’. When he came back to Anatolia he unswervingly went on working for Medresetü’z Zehra.

Gladstone’s Statement and Taking Nursi a role-model for Muslim Youth: Why we are not pursuing after a dream which does not let us sleep?

s intentions. Gladstone had said “We cannot have control on Muslims as long as they have a lively relation with Quran. Either we take this book from them or widen the gap between it and Muslims.”

Reading this statement Nursi got angry and said “I would prove the Quran is unquenchable spiritual sun to the world.” This would be a turning point for Nursi’s intellectual career; he concentrated more on demonstrating the miracles of Quran’s and correlate them scientific facts, believing that Muslims have much stronger and influential tools than they had previously to pursue a sacred cause.

Following continuous invitations, Nursi decided to move to Ankara in 1922, just one year before the declaration of Turkish Republic. His visit to Turkish Parliament, then considered illegitimate by the Ottoman Sultanate in Istanbul, was highly welcomed. Newspapers of the day praised the session Nursi addressed the deputies as the ‘‘historical one’’. Despite this warm reception in Ankara Nursi felt highly disturbed by the indifference of the MPs towards Islamic principles. Aiming to warn them up, Nursi wrote a pamphlet and drew their attention to salaah, Islamic daily ritual. In this pamphlet he explained the principles, values and ideals that an Ottoman Muslim wished their representatives to emulate and win the War of Independence.

It seems obvious that Nursi could not remain inattentive to the un-Islamic life styles and put efforts to change it in a gentle and wise manner. Yet following the regime change and start of Republican era the second period for Nursi’s career began. This phase was replete with exiles and seclusion, during which he was preoccupied with writing on religious thinking to refute the rising influence of positivism. Nursi centered his energy on his training students through letters and pamphlets as the new regime forced him to move from one city to another and he had nothing with him but a basket filled with glasses, tea pot, prayer rug and the Quran. “My fate makes me travelling alone in mountains” he said, not complaining but expressing his gratefulness to his God after each challenge he faced
In 1935 Nursi and some of his students were arrested and put behind the jails. Inspired by the Prophet Joseph, Nursi regarded the prison as an opportunity –Joseph’s Madrasa- to reach out prisoners and advise them to gain good behavior. Through the rest of his life until his death in 1960 he was either in jail or stayed in remote villages of Anatolia, writing and spreading his letters (Risala) to educate his followers on the fundamentals of Islamic belief. This collection of letters amounted more than a thousand pages, being reproduced and republished by his disciples in various towns and cities of Turkey.

Finally, he called all his followers in his book ‘Münazarat’ “Do not fear. The balance will gradually turn in favor us when freedom, honor, and civilization begin to become superior in the eyes of humanity. If they kill us by chopping our bodies into twenty slides, we will be back with three hundred. We would shepherd the humanity as soon as we get rid of the conflicts that divide us. We do not fear death which would pave the way of an endless life. Islam will survive after we died. Even the most distant future is close.”