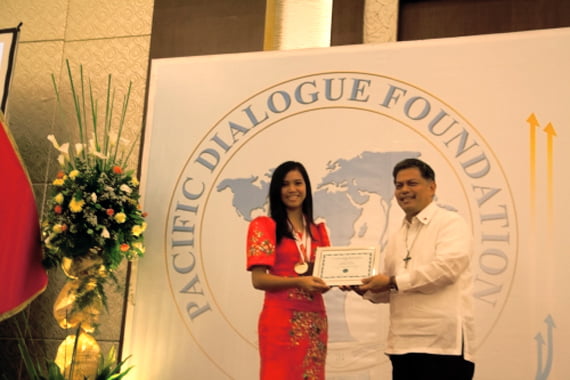 Philippine Minister of Education Armin Altamirano Luistro (on the right)

Philippine Minister of Education Armin Altamirano Luistro, attending a dinner organized by a Turkish foundation in Manila on Sunday evening, has invited more Turks to open new schools in his country.

A friendship dinner was organized by the Pacific Dialogue Foundation, a Turkish foundation, in Manila on Sunday evening. The dinner was attended by several prominent government officials, including Philippine Minister of Education Luistro, who praised Turkish schools, which offer high-quality education to Philippine students.

Speaking to the Cihan News Agency, Luistro said: “When I came here, our president told me, ‘Go there and reinforce our brotherhood [with Turkey].’ Our brotherhood was already reinforced with the Turkish schools in the Philippines, in particular in the Mindanao region. Please open Turkish schools in every region of the country. I am ready to do anything necessary for this.” 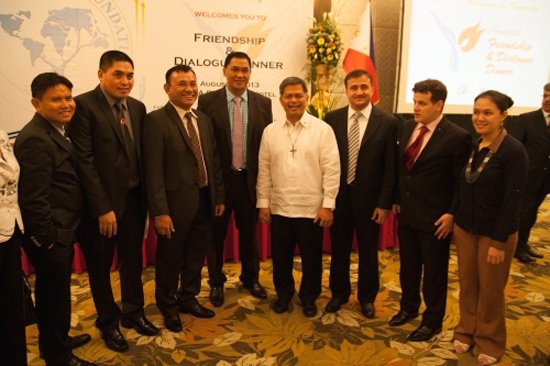 Sharing his feelings about the dinner, Luistro gave a message of intercultural dialogue. He said: “The speaker coming from Turkey, Dr. Ahmet Muharrem Atlığ, is an Islamic religious scholar. And I am a Christian scholar. We talked about the same things during our speeches. I suppose there are more than 400 attendees in this hall and I believe all of them think the same way as us. Then, what is the world fighting for? I want to thank my Turkish brothers, who remind us of the importance of love and peace.”

Speaking during the dinner, Dr. Atlığ, secretary-general of the Journalists and Writers Foundation (GYV), reminded the attendees of the well-respected Turkish intellectual and scholar Fethullah Gülen’s remarks: “Be so tolerant that your bosom becomes wide like the ocean. Become inspired with faith and love of human beings. Let there be no troubled souls to whom you do not offer a hand and about whom you remain unconcerned.” He added, “We are here to do just that.”

Imagine … “a world where people are deeply grounded in a moral and ethical tradition, where humility and service are highly valued and where reason, science and technology are fully utilized for the benefit of all.”[1] Does this sound like some sort of utopia that we would like to choose for the human race? A […]