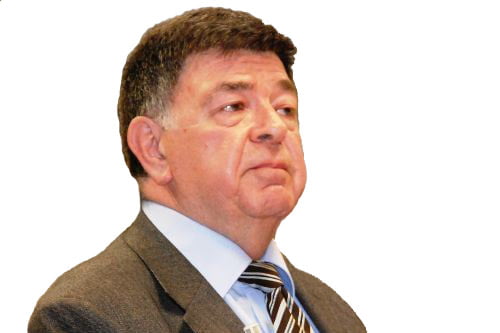 One of the great advantages of Turkey, surely, is the dominance of religious scholars who have promoted conceptions of Islam promoting peace, socio-economic development and democracy. In this context, contributions of Said Nursi (1878-1960), a Kurd from Bitlis, and Fethullah Gülen, a Turk from Erzurum, are surely exceptional.

In Turkey hopes for an end to the armed insurgency led by the Kurdistan Workers’ Party, (PKK) rose to an unprecedented level following Prime Minister Recep Tayyip Erdoğan’s announcement on Dec. 28, 2012 that the peace process had resumed with direct talks with Abdullah Öcalan, the imprisoned leader of the PKK.

Soon after Erdoğan’s announcement it was reported that a group of a hundred-strong PKK militants attacked a military post in Hakkari, in the southeastern tip of Turkey, and that one soldier and 12 PKK militants died during the clashes. And the next day news broke out that three female PKK activists, including one of the founders of the organization, were shot to death in Paris by unidentified assailants.

There are various theories about who may be responsible for the Paris killings. A radical faction within the PKK, the Turkish “deep state,” Turkish ultra-nationalists or a “third state”, drugs and arms smugglers, all unhappy with the resumption of peace talks, are the main suspects. The only thing that is certain about the Paris killings, like the attack on the military post in Hakkari, is that it targets the peace process. These are not the first and surely not to be the last provocations to undermine efforts towards peace. Both the vast majority of Turkish and Kurdish people in Turkey, however, demand a definitive end to violence, and that provocations will not be allowed to derail the peace process.

During the past week many statements were made in support of the process. A most significant one came from Fethullah Gülen, the Islamic scholar and sage, who has all his life preached in favor of mutual understanding and respect between different religious beliefs and ethnic identities and peaceful relations between nations. The crux of Gülen’s message was this: It is necessary to work for the achievement of peace in all contexts and to show that it is possible to live in peace together. It is necessary to show that believers and unbelievers, religious, atheists and deists can live together. It is necessary to achieve peace between Alevis and Sunnis, Kurds and Turks, Laz and Circassians. What enabled the Ottoman Empire to survive for four centuries was essentially respect for differences, and problems were experienced in latter centuries when this peace philosophy was not maintained. “We required all to be like us. We did not let all to be free to live in their own ways, and tried to impose on all, our own way.”

Some were surprised by Gülen’s strong statement, because the PKK has been well known for its animosity towards the faith-based social movement inspired by Gülen, which has provided opportunities for Kurdish as well as Turkish and other youth from needy families to receive a proper education, acquire skills and find a place in society. In this context it was significant that one of the foremost representatives of the Kurdish political movement, Ahmet Türk, commented that Gülen’s statement was important and commendable.

Gülen’s statement made me once more think about the questions concerning the social and political impact of religious beliefs. Are religious beliefs a force for conflict and war or reconciliation and peace? Do religious beliefs hamper or promote socio-economic development? Are religious beliefs a force for or against human rights and democracy? Such questions continue to be widely debated, while the answer I believe is quite obvious: Some of those who interpret religion’s central messages put forward readings that promote peace, enhance socio-economic development, and help consolidate human rights and democracy, while others do the opposite. As the great Iranian Muslim liberal thinker Abdolkarim Soroush has pointed out, the messages of religions are sacred while their interpretations are only human.

One of the great advantages of Turkey, surely, is the dominance of religious scholars who have promoted conceptions of Islam promoting peace, socio-economic development and democracy. In this context, contributions of Said Nursi (1878-1960), a Kurd from Bitlis, and Fethullah Gülen, a Turk from Erzurum, are surely exceptional.

With Rumi’s words, a roundtable discussion began at the Marriott hotel on Wednesday. The theme of the discussion was ‘Respect Differences and Diversity to Foster Peace and Harmony’ and was organised by the Rumi Forum, a Turkey-based organisation, which aims to bring people of diverse backgrounds together to exchange ideas and opinions and to provide a common platform for education and information exchange.