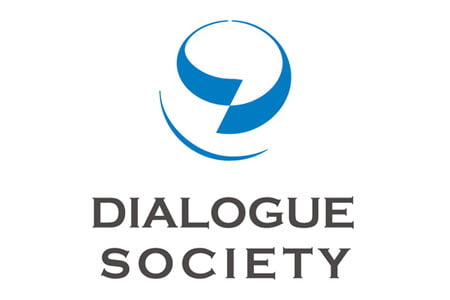 Local intercultural dialogue efforts may have a real impact on the quality of the relationships of those involved. But how can dialogue have a larger-scale, more pervasive effect on our society? In a 2010 Dialogue Society discussion, Revd Donald Reeves suggested that dialogue needs to become a movement. Dr Nicola Montagna of Middlesex University, and environmental author and activist Danny Chivers joined Dialogue Society Executive Director Ozcan Keles to discuss what the ‘Dialogue Movement’ can learn from other movements.

Nicola Montagna explained that academics typically define a ‘social movement’ as ‘a specific form of collective mobilisation which engages conflict by means of unconventional forms of protest.’ It is an unorthodox form of political participation, with protest as the main form of action. Social movements are horizontally organised, relying on informal networks rather than hierarchies. They are engaged in some form of conflict and propose alternatives to existing systems.

This dominant definition excludes any ‘Dialogue Movement’. While people engaged in dialogue generally aspire to social change, the change envisaged is a more harmonious relationship between different groups; protest and engagement in conflict would not serve this vision.

However, it is, perhaps, desirable for those involved in dialogue to aspire to resemble a classic social movement in some respects. As Danny Chivers discussed, social movements are held together, despite their heterogeneity, by a strong sense of common purpose, commitment and belonging. Those involved in dialogue, while not united by a political ideology, share a vision of genuine, respectful communication between different religious, cultural and social groups, and of a more tolerant and creative society developing through such communication. The development of a stronger sense of this common vision, and of belonging to something bigger than a particular organisation or local initiative, might be of real value. It could increase motivation levels and encourage more of the creative sharing of resources and ideas across networks through which social movements function. As the theory and practice of dialogue increasingly attracts academic attention the time is ripe for further shared reflection and collaboration.

Despite the differences between the ‘Dialogue Movement’ and those movements, which fit the dominant ‘social movement’ definition, there is much common ground and much that different movements can learn from each other.

Danny Chivers attributed some of the success of the UK Climate Action Movement, with which he has been involved for fifteen years, to its participants’ sense of having a proper moral cause. Danny stated that climate change already accounts for 300,000 deaths each year, which inspires the movement with a sense of motivating urgency. Ozcan Keles discussed insights from the Dialogue Society’s experience as part of the transnational movement of dialogue and educational initiatives inspired by Turkish Islamic scholar and peace activist Fetullah Gulen. He shared Danny’s sense of the importance of awareness of a worthy cause. Gulen has a noteworthy ability to generate enthusiasm for the cause, through heartfelt explanations of the Islamic imperative to build peace and through his example as a scholarly religious leader who is actively socially engaged.

Danny Chivers noted that an important factor in the success of movements is the creation of space in which they can grow. Of course, within particular dialogue organisations space is made for the growth of dialogue. The Dialogue Society is gradually opening new branches and holds meetings and retreats to enable the exchange of ideas and expertise. The Making Dialogue Effective Series was a move towards making space for inter-organisational discussion. A ‘Dialogue Movement’ spanning different organisations and groups could grow through further efforts of this kind.

The ‘Dialogue Movement’ might learn from the spirit of innovation demonstrated by the Climate Action Movement in its creation of spaces for growth. A number of camps have been organised in which people have formed little communities, at once engaging in protest, modelling alternative ways of living and providing space and time for the discussion of ideas and plans.

This kind of ingenuity in making one activity or process serve several purposes is an approach which also arose in Ozcan Keles’s comments. He has learnt that, when the Dialogue Society is putting on an event, the fruits of this effort can be augmented by working on it in partnership; the whole process becomes a form of dialogue, creating a valuable relationship and potential for future collaboration. In a world in which time is at a premium, creativity and efficiency are vital.

Danny noted that the Climate Action Movement faces various dilemmas as it grows; it needs to strike a balance between trying to broaden its appeal and maintaining its integrity. Dialogue faces a similar dilemma; as discussed in the first column in this series, dialogue practitioners seek at once to draw more people into dialogue and to preserve the dialogue’s quality.

Nicola Montagna cited the alternative forms of democracy used in social movements as one of their strengths; they offer an appealingly different, inclusive way of doing things. This feature is to some extent mirrored in the consultative decision-making used within the Gulen Movement. It would be an aptly dialogic tool for decision-making in a developing UK ‘Dialogue Movement’.

As Danny Chivers noted, the Climate Action Movement (and others) might benefit from borrowing certain methods from the ‘Dialogue Movement’. While not suited to protest activities, dialogue techniques could enhance communications within this large, heterogenous movement.

Dialogue within and between movements would look to be a key part of their way forward.

* After spending a year living and working with adults with learning disabilities in an ecumenical L’Arche community in France, Frances studied Philosophy and Theology at Oxford University. She pursued her growing interest in different religions and interfaith relations through a Master’s in the Study of Religions at Oxford and is now a project coordinator at the Dialogue Society.

The individuals in the Hizmet Movement present to Americans a life of Islam which is not frightening, which, where the values and concerns relate primarily to those of family and faith.