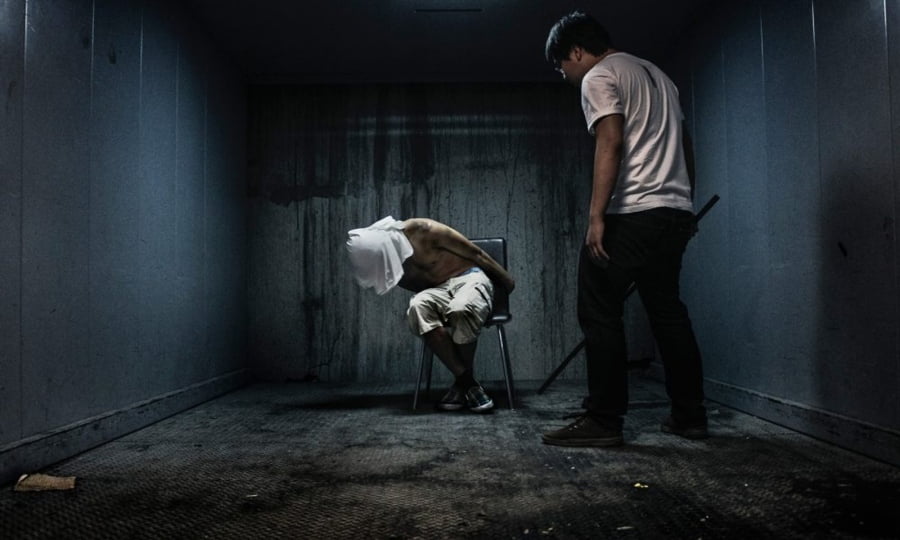 A teacher who was arrested in the aftermath of the July 2016 coup attempt has revealed shocking details of torture by state security officers during his detention.

The teacher spoke to the Human Rights Foundation of Turkey (TIHV) providing details on what he experienced in police custody after the coup attempt in 2016, critical news portal Gazete Duvar reported on Tuesday.

The TIHV, a non-governmental and non-profit organization providing treatment and rehabilitation services for torture survivors and documenting human rights violations in Turkey, documented another torture case of a 16-year teacher, I.K, who was subjected to ill-treatment and sexual abuse while in police custody.

The teacher was taken into custody in August 2016 in the western province of Kocaeli, following dismissal from his job. He was allegedly subjected to sexual torture in the department of anti-smuggling and organized crime.

“They [the police] made me suffer from pains and fears that I had never experienced before. I wanted to die at the time [of the torture],” said the victim in the HRFT’s report.

IK claimed that the torture began psychologically as soon as he was detained. He said police insulted him and played loud music in the nationalist tone ‘as if we were traitors.’

The sacked teacher went on to say that police questioning was started in the absence of his lawyer.

Whenever he stopped answering questions due to tiredness, physical torture resumed at the behest of an official allegedly from the Turkish National Intelligence Organization (MIT).

When the MIT officials were not satisfied with his answers, they allegedly threatened him through his wife and children and with throwing down from the fourth floor.

The former teacher allegedly endured being forced to completely undress and was also subjected to sexual harassment with batons being pressed against his sexual organ.

The findings of the TIHV’s medical evaluation report confirmed the victim’s allegations, stating his physical examination at the time was in contradiction with standard rules.

Torture in Turkey – the norm rather than the exception

There has been an increase in the number of torture cases after the 2016 failed coup attempt, according to Andrew Gardner, Turkey researcher at Amnesty International, a London-based non-governmental organization focused on human rights.

John Dalhuisen, Europe Director for Amnesty International said that reports of abuse including beatings and rape in detention in Turkey are extremely alarming.

The Human Rights Watch (HRW), an independent human rights organization that investigates and reports on abuses happening all around the world said people are at risk of torture in police custody, especially if they are accused of terrorism or of being linked to the 2016 attempted coup.