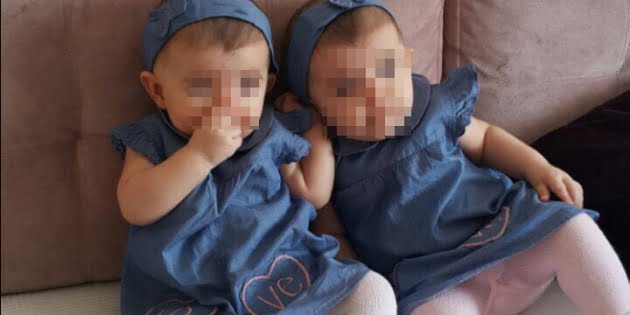 Twin daughters of the Istanbul-based Şengün family were handed over to their 65-year-old grandmother as both E. Şengün and his wife F. were arrested after being kept under detention for 30 days, on Nov. 2, 2016.

The children were only 7-months-old when their parents were jailed and they are about to turn one with no father or mother in company.

The couple was detained, after an anonymous complaint, as part of a post-coup investigation into the Gülen movement and E. Şengün was reportedly subjected to beating in detention.

Şengün was an active teacher before she took a maternal leave to give birth to the twins last year. Now, her breastmilk has dried up reportedly due to poor conditions and the depressive period she has been going through in the prison. The grandmother no longer takes children to their mom for breastfeeding.

Meanwhile, E. Şengün suffered from loss in weight due to the similar reasons.

According to Aktifhaber news portal, the grandmother wants at least release of the twins’ mother as she has been having difficulties in looking after the babies on her own.

A joint declaration by a number of civil society organizations to proclaim open support for the government during debates over the closure of dershanes (prep schools) was concocted by the advisors of the Prime Minister Recep Tayyip Erdoğan and some associations were forced to lend their support, according to a number of new leaked recordings.

Yavuz Bölek, a former police chief who was dismissed from his job following corruption probes implicating Turkish President Recep Tayyip Erdoğan, has colorectal cancer and will soon be paralyzed if he is not given medical attention. His requests for treatment have been ignored.