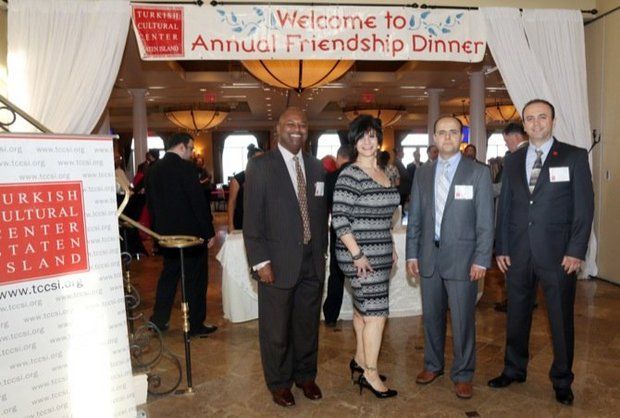 The evening began with a reception featuring an exhibition and demonstration of Ebru Marble Art, the art of creating colorful patterns by sprinkling and brushing color pigments on a pan of oily water and then transforming this pattern to paper.

Dr. Andrew Skotnicki from Manhattan College delivered both the welcoming and keynote speeches, in keeping with the theme for this year’s friendship dinner, “Building Peace through Interfaith Dialogue.”

The Turkish Cultural Center of Staten Island is located at 1665 Richmond Rd., Dongan Hills, and is a non-profit organization dedicated to promoting peace and harmony in diverse cultural settings.