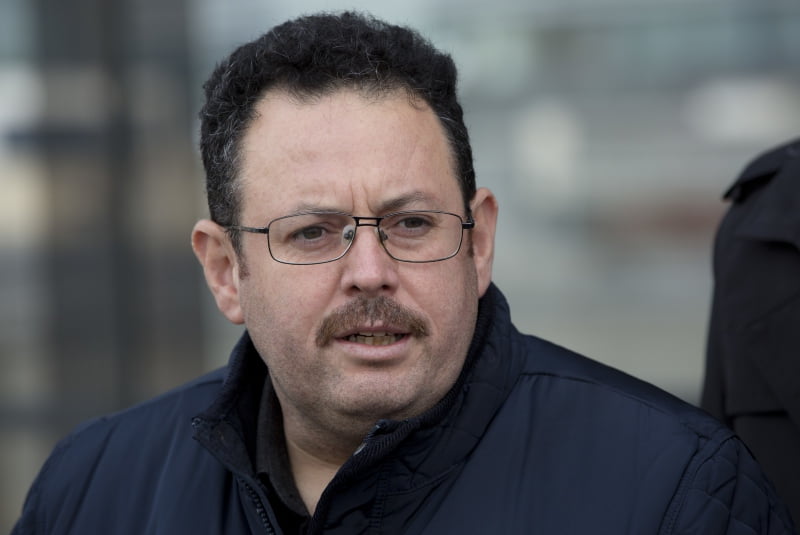 Prishtina Insight spoke to four Turkish nationals with ties to the Gulenist movement who escaped to Kosovo for shelter.

On Thursday, Kosovo Prosecutor Ali Rexha withdrew his request for Kosovo to allow the extradition of Turkish citizen Ugur Toksoy, an educator arrested for alleged links to the so-called Gulenist movement. Though the extradition request is suspended due to lack of evidence, the prosecution could still file a new request.

Kosovo’s arrest of Toksoy–marking the first time a Balkan country arrested a Turkish educator for alleged Gulenist ties–was a move that sent waves through the Turkish community in Kosovo.

According to analyst Nexhmedin Spahiu, who attended a panel hosted by Jeta ne Kosove on Thursday evening, Kosovo’s arrest of Toksoy, in addition to being a judicial decision, was “primarily political.”

The transnational religious ‘Gulenist movement’ has been present in the Balkans for years. Since July 2016, when Turkey descended into chaos after what it called an attempted coup, Turkish officials have increased pressure on Balkan countries to suppress Gulen-linked NGOs and schools.

Four Turkish nationals living in Kosovo, including Toksoy, spoke to Prishtina Insight about fleeing Turkey and their choice to live in Kosovo. Three of these individuals agreed to be interviewed only on the condition of anonymity.

Toksoy, who was arrested on terrorism charges and was then released on bail before being acquitted on Thursday, said that Special Prosecutor Ali Rexha provided no evidence against him, and only presented a document sent from Turkey calling for his arrest, as well as a letter from Kivlcim Kilic, the Turkish Ambassador to Kosovo.

The Ugur Toksoy case was the point when Kosovo’s level of safety, or its breaking point, was put to test.
– ANONYMOUS CIVIL SERVANT

“In the document sent from Turkey, they said I had participated in the activities of July 15, in an activity in Istanbul and Ankara, and they claimed that I had given financial support and that I had sent money to Fethullah Gulen,” he told Prishtina Insight, adding that he believes he was politically persecuted. 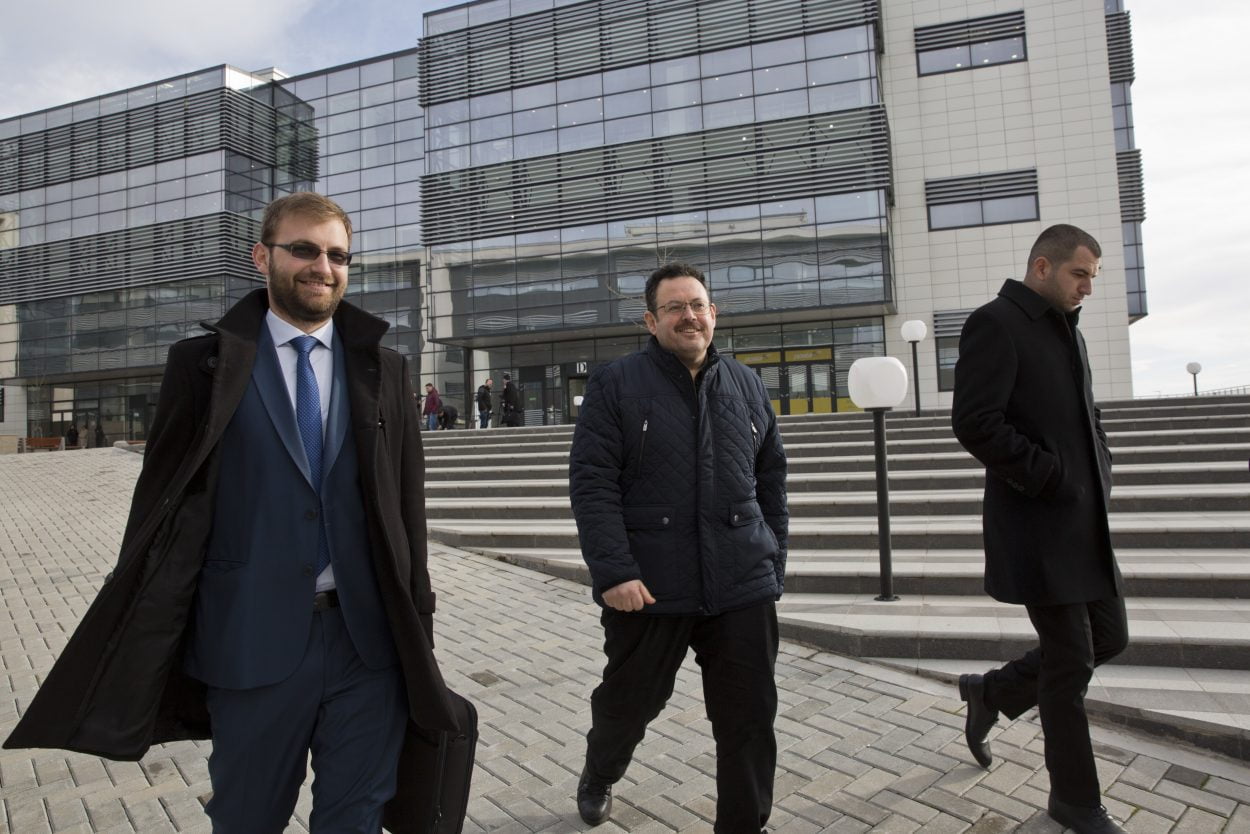 Turkish teacher Ugur Toksoy, center, walks outside the Justice Palace in Kosovo’s capital Prishtina on Thursday. A Kosovo court has acquitted Toksoy of terror charges and will not extradite him to Turkey after Turkish authorities offered no evidence for terror charges against him, prosecutor Ali Rexha told The Associated Press on Thursday. | Photo: AP Photo/Visar Kryeziu, BETA.

Ambassador Kilic said that the embassy finds it “concerning… to hear statements regarding court processes in Turkey and especially statements about mistreatment, torture, and cruel practices,” adding that Turkey has a long history of statehood and judicial processes.

Toksoy emphasized that he saw no evidence against him in court.

“My arrest and my release were based on no evidence. If there was any evidence to suggest that I am a terrorist, I shouldn’t have been released. But there is no evidence to support this… And it is very sad to see Kosovo being a part of this and humiliating itself in front of the international community,” he said.

“Albanians should learn to act independently. The case of Ugur Toksoy is a typical diplomatic aggression towards Kosovo,” he said.

After Kosovo’s arrest of Toksoy, Turkish nationals living in Kosovo with links to the Gulen movement have become increasingly worried about their safety.

According to one unnamed educator, Kosovo was a safe place to flee in order to escape persecution in Turkey; he considered Kosovo an ideal place due to people being “close to us [in Turkey] in terms of character and nature,” and added that at 80 years old, he hopes that one day he can return to Turkey. Another educator moved his family to Kosovo–where he already had a network of friends–after he heard that some of his friends and family members in Turkey had their passports cancelled. Turkish nationals do not need a visa to enter Kosovo.

A civil servant said that though he saw Kosovo as a safe place to move to, the arrest of Toksoy shook his confidence in the country’s justice system.

“Tens of thousands of people, educated people, academics, journalists, lawyers, and many others, are scattered around the world for different reasons and are trying to find a safe place where they can be sheltered and continue their lives with their families,” he said. “The Ugur Toksoy case was the point when Kosovo’s level of safety, or its breaking point, was put to test.”

Schools and other institutions linked to the Gulen movement in the Balkans were previously opened with Turkish support; Erdogan and Fethullah Gulen, who lives in the US in exile, were allies until 2013.

But cracks in the Erdogan-Gulen alliance began in 2011, and eventually they fell out of coalition. Erdogan then declared the organization a “parallel state,” and Turkey now considers the Gulenist movement a terrorist organization, calling it the Fethullah Terrorist Organization, FETO. Erdogan immediately claimed that the attempted coup was instigated by the Gulen movement, which he says has placed its supporters inside the army and other state institutions. Gulen has rejected these claims and condemned the attempted coup, emphasizing that the Hizmet [Gulen] movement is based on tolerance and does not support anti-democratic violence.

One civil servant said that after the attempted coup, he was able to move his family here as well, despite, he said, the Turkish government’s attempts to curb free movement of those suspected of having Gulenist ties. He said that the international community did not recognize the Turkish government’s cancellations of tens of thousands of passports.

He added that after the attempted coup, which he claims was fabricated by the Turkish government, approximately 150 thousand people were victims to ‘crack downs,’ such as through arrests and suspensions.

“At the moment, [Turkish officials] do not need an excuse to imprison someone. Because Erdogan himself invited everyone to report their neighbours. And, at the moment many people have been accused of affiliation with Gulen, meaning that an official complaint in the prosecution office can be filed against any person that you might have had any disagreements with in the past,” he said.

A new report from the Committee to Protect Journalists claims that Turkey is the leading country in the number of imprisoned journalists. The report says that the crackdown on the Turkish press began after the failed coup, and that arrests of journalists were sometimes based solely on the alleged use of a messaging app called Bylock, or bank accounts at institutions accused of being linked to the Gulen movement–both of which were mentioned by the anonymous individuals Prishtina Insight spoke to.

The connection between Gulen and the coup in Turkey have not been proven. We mustn’t risk our relationship with Turkey, but we have to respect the standards.
– NEXHMEDIN SPAHIU

Birol Urcan, however, said that analysts should also consider Gulenists moves against journalists.

“It is a global trend to present Gulen as a moderate organization, but in 2007 Gulen jailed journalists,” he said on the Jeta ne Kosove debate.

Spahiu said that Kosovo should be weary of Turkey’s crackdown on the Gulen movement.

“The connection between Gulen and the coup in Turkey have not been proven. We mustn’t risk our relationship with Turkey, but we have to respect the standards, and the facts are our standard,” he said.

“Although maybe just partially, today I have lost faith in Kosovo. Unfortunately… the Mr. Ugur case, an educator in the Gulen movement who spent the last nine years here in Kosovo—has partially shaken my hope for this place.”