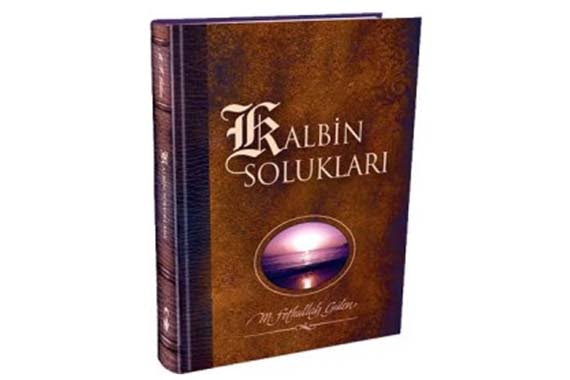 Fethullah Gulen’s book incorporates the concept of “faith” into those of “service, affection, compassion” and such.

Journalists and Writers Foundation President Mustafa Yesil, Cemal Ussak and Erkam Tufan Aytav earlier invited me for a breakfast. We had a worrisome conversation about the severe political polarization and an optimistic one about the recent enrichment of tolerance and dialogue in the society.

I was presented with the honorable Fethullah Gulen’s latest book “Kalbin Soluklari” (Breaths of the Heart). It occurred to me the breakfast was thought as an appropriate occasion for that.

A meticulously published, 570-page book. I’ve read it from cover to cover. In sum, it’s a piece that covers “faith” by incorporating it into concepts such as “service, compassion, affection, tolerance and love for human being.”

Old-fashioned catechism books feel gloomy or even fierce in their narrations. The Honorable Gulen’s book, on the contrary, not only inspires a sense of “serenity” but also arouses “cehd” (struggle for good deeds) in its readers, two concepts both of which are chapters of the book.

The spirit in this book makes it possible to understand how Gulen has energized thousands and how a volunteer network of schools extending from the African jungles to Asian deserts has formed.

I would like to bring up particularly the chapter dedicated to “Knowledge and Love of Inquiry”. Everyone can applaud the scientific developments over the first ages of Islamic civilization. What matters is that Gulen speaks highly of the names that has been rejected by “madrasah” for years.

Besides covering tafsir, hadith and jurisprudence up to the 12th century, the book also hails the scientific developments in math, geometry, chemistry, medicine, astronomy, agriculture, and urban planning.

“Experimental method”, the foundation of the modern science, is argued to have been developed by Muslims and expanded into Western Renascence. More importantly, Gulen lists Farabi, Ibn Sina and Ibn Rusd among the numerous Muslim scholars of the 9th and 10th centuries, in the chapter “Knowledge and Love for Inquiry”

The Honorable Gulen additionally notes that the scientific studies leading to findings on spherical earth, lunar and solar eclipses date back to Abbasid Me’mun period. This period is in no way appreciated in “madrasah” and “Es’ari” (a school in Islam) traditions.

Gulen regretfully recounts how Library of Alexandria was destroyed and that therefore resulted in stagnation in numerous scientific fields. As a result, in Gulen’s words, “scientific knowledge was overwhelmed by myths, scientific research came to a halt and love of knowledge completely died down.”

Scientific history too confirms the same findings. Gulen underscores the role which employment of each and every piece of knowledge handed down from this old scientific legacy played in the development of Islamic civilization. Needless to say that Gulen encourages to recognize the pre-Islam scientific legacy rather than reducing it to “the ignorance period.”

Seyyid Kutup, on the other hand, was conservative on the issue, so much so that he argued degradation of faith among Muslims started with the translation of these pieces. As for madrasah, it didn’t even show interest in such issues anyway.

In addition to arguing these with regard to scientific history, Gulen also ardently encourages study of modern sciences of the age.

Why didn’t Gulen Movement become a community of a narrow, mystic sect but grow into an organized civil movement with its schools, academic and scholarly studies, entrepreneurs and civil institutions? To me, the reason behind this sociological phenomenon is that it offers an understanding of faith compatible with the universal science to the Muslim of our age. This an Islamic perspective that addresses the pious Muslims who are getting urbanized and educated, representing an entrepreneur class, following academic career and expanding into the world.