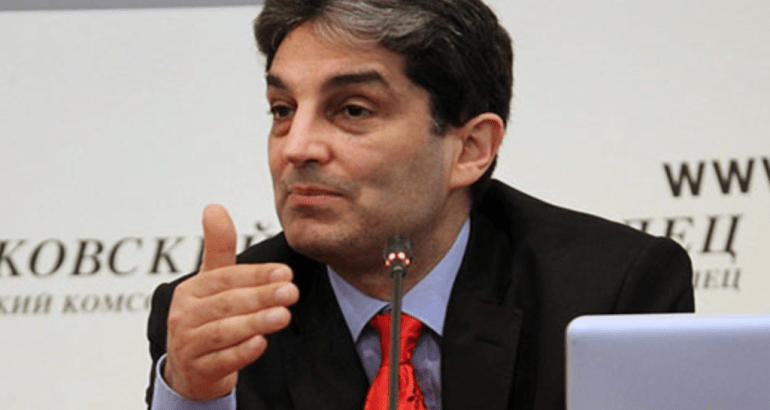 “There are several groups of jailed journalists – and European reaction differs depending on which category you fall in,” Gültaşlı said in his article and continued: “If you are European or Turkish-origin European journalist, the reaction is of epic proportions, followed by open (or secret) meetings with Turkish president Recep Tayyip Erdoğan to ensure their release. Foreign ministers and even former prime ministers are involved in these dirty deals. This form of ‘hostage-taking’ has generally paid off.”

Stating that “The reaction for leftist, liberal or secular journalists is at a lower pitch, but still noteworthy. There are no European ministers’ visits to Turkey to get them freed but, nevertheless, European institutions make a lot noise,” Gültaşlı wrote that “The European Court of Human Rights (ECtHR), the last resort for justice in Turkey, take their cases as a matter of priority.”

Pointing to Deniz Yücel and French journalist Loup Bureau as good examples of the first category, Gültaşlı stated that “Yücel should have never been imprisoned in the first place and it is very good that he is free at last. However, German media reported that it took two secret meetings between German foreign minister Sigmar Gabriel and Erdogan to set him free. We do not yet exactly know what the final ‘price tag’ was for his freedom.”

Classifying the Altan brothers and Şahin Alpay in the second category, Gültaşlı reminded that “The Turkish Constitutional Court recently ruled that Mehmet Altan and Alpay should be released. However, in an unprecedented disrespect for the highest judicial authority and blatant breach of the constitution, local courts refused to implement the ruling. Altan and Alpay are respected, left-leaning liberals. Their cases were taken by the ECtHR as a matter of priority.”

“There is a third group nobody cares about and they are my colleagues from Zaman, the so-called ‘Gulenist’ journalists,” said Gültaşlı. The Zaman daily was seized by the Erdoğan government on March 4, 2016 and later closed by government decree in July of the same year.

“The other group in this class is the Kurdish reporters,” Gültaşlı said, and added: “Erdoğan squarely blames the Gülen movement as the sole perpetrator for the failed coup attempt of 2016 without convincing proof (most in Brussels believe that Gülenists were involved, but it was not Gülen who ordered the coup). Despite the lack of compelling evidence, the European institutions are careful not to anger Erdoğan, meticulously omitting references to the movement in their reports and statements.”

“At the beginning of February, the ECtHR refused the application of Mustafa Ünal, Zaman’s former Ankara bureau chief,” Gültaşlı reminded and added that “Ünal has been in jail for the past 19 months and the evidence presented in the indictment comprises nothing but his articles. Ünal is being tried in the same case with Alpay, and exactly with the same indictment, full of the same charges. Yet the court decided to take up Alpay’s application while rejecting Ünal’s.”

Gültaşlı wrote that “Vincent Berger, Ünal’s French lawyer in Paris, told me recently he was shocked and the court decision was ‘a real shame and a clear discrimination.’ Most disturbing of all, Berger said, the decision was a dangerous message to Ankara – implying that the government could do whatever it wants with this group of journalists.”

“The ECtHR has still not responded my question about why the court took two different decisions in the same case,” said Gültaşlı, underlining the fact that the ECtHR also rejected an application from Zaman, which was seeking compensation for damages suffered.

“The European Parliament, the most outspoken critic among the EU institutions, adopted a resolution in early February condemning Erdoğan’s despotic drift. While being quite vocal on media freedom, the report mentioned only Cumhuriyet daily whose four reporters are still behind bars,” Gültaşlı wrote, and continued: “According to the Stockholm Centre for Freedom, an NGO created by exiled Turkish journalists, out of 205 imprisoned journalists, 124 of them are either from Zaman or Gülen-affiliated media outlets. Yet, there was not a single reference to this in the European parliament’s report.”

Turkey is the biggest jailer of journalists in the world. The most recent figures documented by SCF show that 240 journalists and media workers were in jail as of February 22, 2018, most in pretrial detention. Of those in prison, 205 were under arrest pending trial, while only 35 journalists have been convicted and are serving their time. Detention warrants are outstanding for 140 journalists who are living in exile or remain at large in Turkey.

Detaining tens of thousands of people over alleged links to the Gülen movement, the government also closed down more than 180 media outlets after the controversial coup attempt.