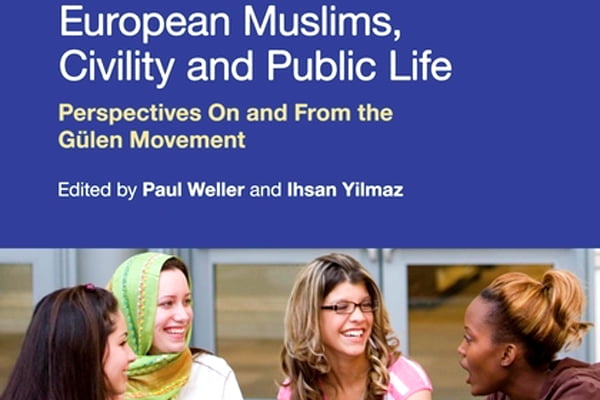 A Derby expert on inter-religious relations has begun the European tour of his new book, “European Muslims, Civility and Public Life: Perspectives on and From the Gülen Movement”, which examines the challenges that have faced European Muslims since the Madrid train bombings and the London Transport attacks in 2005. The tour, which began at the University of Derby on March 13, will take in London, Birmingham, Manchester, Amsterdam, Rotterdam, The Hague and Belgium.

Paul Weller is the University of Derby’s Professor of Inter-Religious Relations and has worked in the field of inter-faith and multi-faith studies for over 25 years. He leads the national research project on ‘Religion and Belief, Discrimination and Equality in England and Wales’ within the Arts and Humanities Research Council (AHRC) /Economic and Social Research Council (ESRC) Religion and Society Research Programme.

The new book entitled European Muslims, Civility and Public Life: Perspectives on and From the Gülen Movement, was authored and co-edited by Professor Weller with Ihsan Yilmaz, Associate Professor of Political Science at Fatih University, Istanbul. It deals with challenges and opportunities faced by Muslims and the wider society in Europe following the Madrid train bombings of 2004 and the London Transport attacks of 2005, in the context of what is known globally as the ‘Gülen movement’. It is also known as the ‘Hizmet’, or movement of volunteers.

Professor Weller said: “The Hizmet movement is a trans-national civic society movement inspired by the teachings of Turkish Islamic scholar Fethullah Gülen. His teachings, which advocate the freedom of religion, while making an Islamic contribution to the wider society based on a commitment to service of others, have inspired a large number of people in Turkey, Central Asia and across the globe.

“The teaching of Fethullah Gülen offers the possibility of a contextualised renewal of Islam for Muslims in Europe while being fully rooted in the teachings of the Qu’ran and the Sunnah of the Prophet Muhammad. We hope our new book will make a contribution to the study of the movement as well as to wider public awareness of it.”

For more information, or to buy a copy of the book visit website
www.continuumbooks.com/books/detail.aspx?BookId=157777&SearchType=Basic

The book tour, which began on Tuesday March 13, at the University of Derby’s Multi Faith centre on Kedleston Road continues as follows: