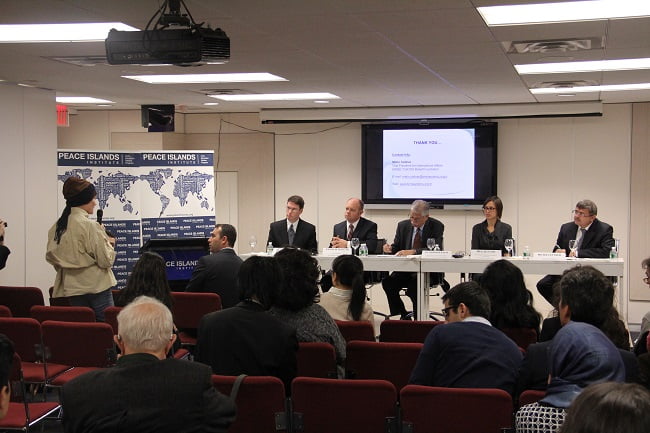 A year has passed after the Hurricane Sandy, which was the second deadliest Hurricane in NYC. The Peace Islands Institute (PII) held a discussion panel on October 28, titled “A Year After Hurricane Sandy: Climate Change and Disaster Management” in order to raise awareness on climate change and disaster management, to highlight disaster management planning, to explore effective ways to respond to natural disasters during and after emergency and to handle the emergency situations. The panel also aimed to inform the public of the response and recovery processes. 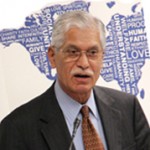 H.E. Narinder Kakar started his speech indicating that the first anniversary of Hurricane Sandy provided us the opportunity to review the link between climate change and how it affected hurricanes like Sandy. Highlighting the fact that climate change was one of the defining issues of our time, Mr. Kakar indicated that in UN Conference on Sustainable Development held in June 2012, climate change was described as one of the greatest challenges of our times, the effects of which were being felt all around the world. Mr. Kakar also mentioned the IPCC report released last month, which concluded that human influence and activity has been the dominant cause for the global warming particularly since the mid of the 20th century. Mr. Kakar addressed five consequences of the climate change, which involved the increase in heat waves, increase in drought, increase in the number, and intensity of very strong national disasters, sea level rise and higher temperature. Mr. Kakar also introduced the concepts of “mitigation” which involved the strategies to reduce green house effect, and “adaptation” which involved the steps to be taken to reduce the effects of disasters, improve preparedness and establish a framework for actions at local and national level as tools for addressing the issue of climate change. 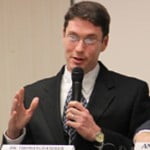 Addressing the implications of Hurricane Sandy for Disaster Response, Dr. Thomas Chandler talked about the historical tracks of other hurricanes, and mentioned the unusual track of Sandy and the very wide area it affected. He emphasized the need to inquire the link between Hurricane Sandy in particular and the public policy on disaster to illustrate how we could get more prepared. Dr. Chandler indicated the fact that sea level would continue to rise this century and impact storms like Hurricane Sandy. However, expecting strong winds rather than flood, most of the New Yorkers didn’t have flood insurance. Inquiring the reasons for the reluctancy of people to evacuate, Dr. Chandler referred to religious organizations and new community groups that could be helpful in the evacuation process. He highlighted the need to have supplies in our houses, as emergency wouldn’t come just once and the need for constant power during and after the natural disasters. He also inquired the links between capacity, competence, and capability and their definitions in terms of preparedness for natural disasters. 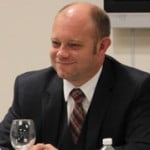 Mr. Andrew Martin talked about his experience in Sandy and risk analysis, flood insurance studies and flood insurance maps that played a crucial role in terms of both preparedness at local level and recovery issues. Mr. Martin described the situation as “before and after Sandy” and inquired the question of what kind of information could be provided for people about disaster issues. He mentioned the ongoing works carried out by FEMA, including the establishment of a brand new web portal, meetings with public officials, collaboration among non-governmental organizations and the report released in June, which involved a special initiative to recovery from disasters. Mr. Martin also highlighted the flood insurance maps prepared by FEMA and talked about their importance in terms of data sharing. 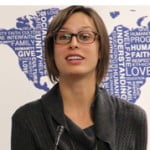 Ms. Meg Sutton started her speech by defining the cause of climate change as an “energy imbalance” in the system, which led to green house effect and increase in temperature and global sea level rise. She mentioned about the increase in rainfall in NY, which is an implication for flooding, and indicated that the real danger lied in the change of rainfall frequency and intensity. Like Dr. Chandler, Ms. Sutton also indicated that New Yorkers weren’t familiar with hurricanes. She argued that today we were aware of the fact that the density of the rainfalls would increase, but could not drive conclusions about the frequency. Mentioning the weird fact that Sandy was nearly impossible according to statistics, Ms. Sutton talked about the difficulty to address one particular weather event to be responsible for climate change. She also mentioned the sea level rise, which was due to temperature rise and thermal expansion and which contributed to coastal flooding. 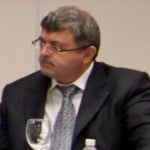 Mr. Cetiner talked about the Kimse Yok Mu Foundation (KYM) based in Turkey, which was dedicated to provide assistance to those in need regardless of race, age, ethnicity, religion and gender. He talked about their goal, which involved supporting sustainable development, universal education, health, and the fight against poverty and hunger throughout the world. Providing a brief history of the KYM and its activities, Mr. Cetiner talked about disaster management and how KYM handled disasters through dividing the process into parts such as before disaster, during disaster and after disaster. 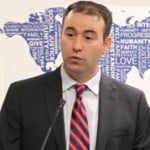 Making the closing remarks, Mr. Mehmet Kilic drew the attention of the participants to how such disasters could turn into an opportunity to build and strengthen the bonds of brotherhood and friendship as he mentioned that during Hurricane Sandy, PII had a twinning event between Muslim and Jewish teens who gathered and prepared meals for Sandy victims at Masbia Soup Kitchen in Brooklyn in partnership with the UJA Federation of New York. He added that the teen groups were not limited to Muslims and Jews only, but included a variety of young people from very different ethnic backgrounds. This was an experience of building a long-lasting friendship through difficult times.
Mr. Kilic argued that, besides the government officials, non-governmental organizations and civilians in particular should also take an active role in disaster management and participate in the process of helping out the victims before, during and after natural disasters. He talked about the PII’s relief efforts in Mississippi Flood, Alabama Tornado and Hurricane Irene in US, and also abroad in a variety of regions and countries including Haiti, Japan, Africa, Israel and Turkey. He stressed the importance of disaster awareness at schools, and both at local and global levels and added that it was easy to judge; however, the NGO’s should work in cooperation with government officials in helping the victims of disasters. 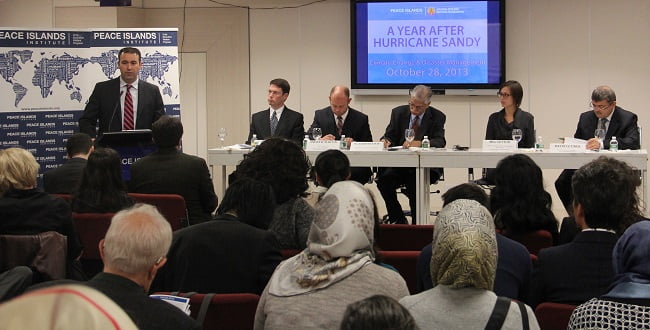